The Red Bull driver has been involved in incidents at every one of the six race weekends this year, but claimed it was not "as dramatic as people say". 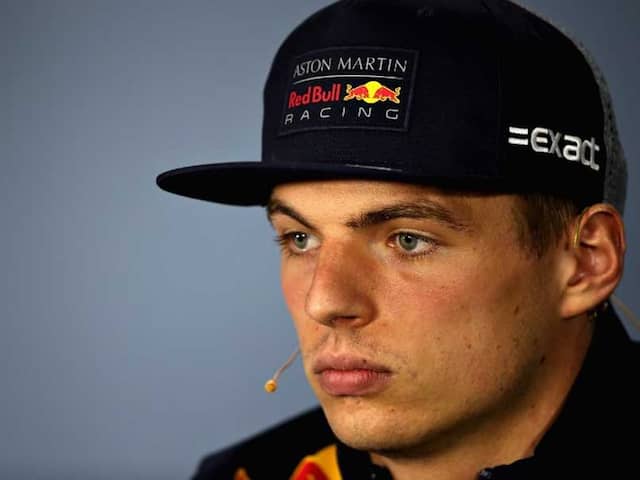 Max Verstappen has failed to finish in two of the six races this season.© AFP

Max Verstappen told reporters on Thursday that he would "head-butt" the next one to ask him about his crash-laden start to the 2018 Formula One season. Displaying at a routine news conference much of the impetuosity that is characteristic of his on-track behaviour this season, the 20-year-old Dutchman reacted strongly to a series of questions about his racing. Asked why he had experienced so many crashes, he paused before he said: "I don't know. But as I said at the start, I am tired of these questions and if I get any more I am going to head-butt someone." The Red Bull driver has been involved in incidents at every one of the six race weekends this year, but claimed it was not "as dramatic as people say".

Verstappen, who made a sensational teenage arrival in F1 with a victory on his debut with Red Bull at the 2016 Spanish Grand Prix, crashed in practice at the Monaco Grand Prix two weeks ago and had to start from the back of the grid.

That was one of two accidents this year that he acknowledged were his fault, and the 20-year-old Dutchman reacted tetchily to further questions about his record.

"I'm really tired of all the comments about me -- that I should change my approach," he said. "I will never do that. It has brought me to where I am right now and after the race is not the right time to talk."

He added: "I don't listen to it anyway. I just do my own thing.

"Of course it hasn't being going that well in the way I like it. A few mistakes, especially Monaco and China, but it doesn't make sense to keep talking about it."

Verstappen has failed to finish in two of the six races this season with a best result of third in Spain last month.

He sits sixth in the standings some 75 points behind leader Lewis Hamilton and with less than half the number of his Australian Red Bull team-mate Daniel Ricciardo.

"I'm confident I can turn things around," he said. "I've always been fast and the pace is there every single weekend."

Max Verstappen Montreal Canadian Grand Prix Formula 1
Get the latest Cricket news, check out the India cricket schedule, Cricket live score . Like us on Facebook or follow us on Twitter for more sports updates. You can also download the NDTV Cricket app for Android or iOS.