A minute's silence will also be held before the start of the Formula One Grand Prix race later Sunday. 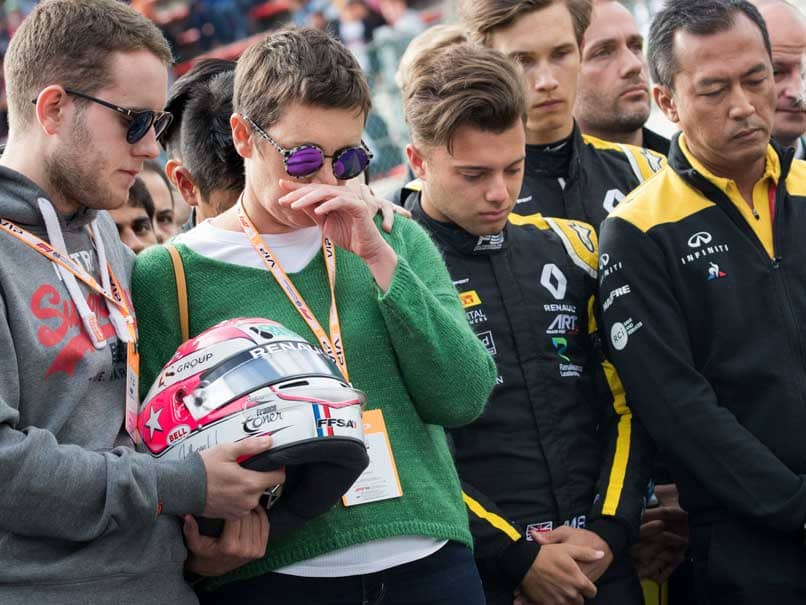 Anthoine Hubert was killed in a crash during Saturday's Formula Two race.© AFP

A minute's silence was held to honour the late French racing driver Anthoine Hubert before Sunday's scheduled Formula Three race at the Belgian Grand Prix. Hubert, 22, was killed in a crash during Saturday's Formula Two race at the high-speed Spa-Francorchamps circuit. A minute's silence will also be held before the start of the Formula One Grand Prix race later Sunday. Hubert's family stood holding his racing helmet at the front of a large group of racing team members and others during the brief reflective ceremony.

The scheduled F2 race was cancelled.

Other special tributes to the Renault-backed driver are being organised by fans through messages on social media.

These include a round of applause to honour Hubert on lap 19 of the Grand Prix race, marking a memory of his racing number.

The official minute of silence is set to be observed at 1453 local time (1253 GMT), said officials.

Comments
Topics mentioned in this article
Formula 1 Belgian Grand Prix
Get the latest updates on IPL 2021, IPL Points Table , IPL Schedule 2021 , live score . Like us on Facebook or follow us on Twitter for more sports updates. You can also download the NDTV Cricket app for Android or iOS.