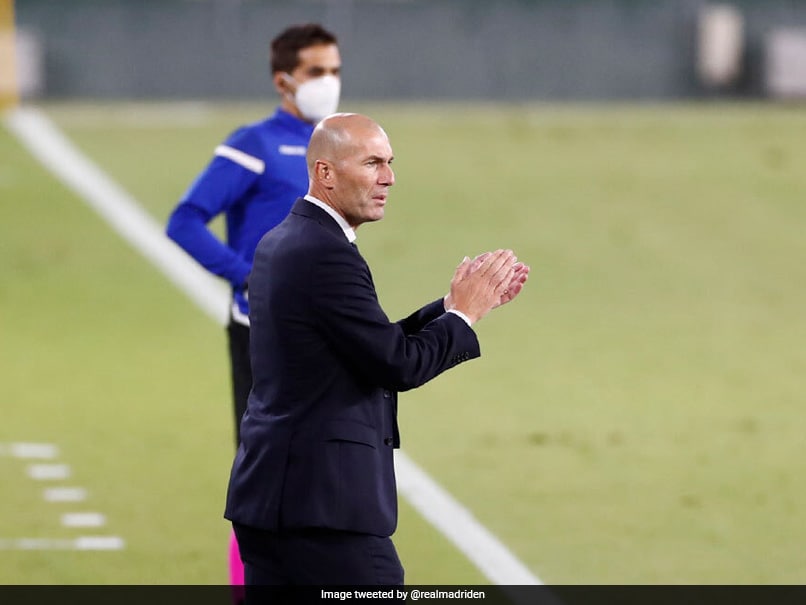 Zinedine Zidane has the second-most league victories by any coach in Real Madrid's history.© Twitter

Real Madrid manager Zinedine Zidane on Sunday completed 100 La Liga wins as the club's coach. Zidane touched the figure after a 3-2 win against Real Betis on Sunday. The Frenchman, who won the championship in 2016/17 and 2019/20, has reached the milestone in his 147th game in the competition. He has the second-most league victories by any coach in the club's history, bettered only by Miguel Munoz (257). Zidane's first win came on his debut in the dugout, when his team beat Deportivo 5-0 in January 2016. Since then, he has gone on to win 55 home games and 45 fixtures on the road.

His highest number of victories in a single season is 29, which came in the 2016/17 LaLiga campaign, followed by the 26 he managed last term.

Real Madrid Zinedine Zidane Football
Get the latest updates on SA vs IND 2021-22, check out the Schedule and Live Score . Like us on Facebook or follow us on Twitter for more sports updates. You can also download the NDTV Cricket app for Android or iOS.