Netherlands and Ajax defender Wim Suurbier, a key member of the 1970s Dutch squad who played in two World Cup finals, died at the age of 75. 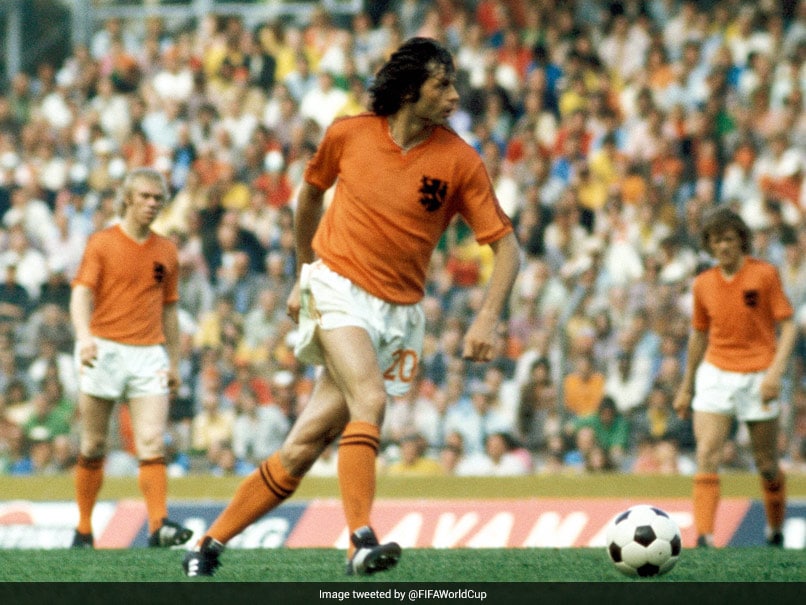 Wim Suurbier had been in hospital since suffering a cerebral haemorrhage in April.© Twitter

Netherlands and Ajax defender Wim Suurbier, a key member of the 1970s Dutch squad who played in two World Cup finals, died at the age of 75, his former club said on Sunday. Suurbier, who won three European championships with the legendary Ajax side of the same decade, had been in hospital since suffering a cerebral haemorrhage in April.

"A great Ajax player is no more. Our thoughts go out to his family and friends," the Amsterdam club said on Twitter. "509 matches for Ajax 1 (first team)... Rest in peace, brave warrior."

Jordi Cruyff, son of the late Dutch footballing legend Johan, said Suurbier was "a great player and an extremely loyal friend to my father and family. I hope you get to reunite up there."

Suurbier was an attacking full-back whose role epitomised the "Total Football" style pioneered by the Ajax and Dutch national sides during his heyday.

With Ajax from 1964 to 1977 he won three European Cups and seven national titles.

The club described him as the "first modern back of the Netherlands", able to attack deep as well as defend.

He later played for Schalke 04, FC Metz, Sparta and a number of American clubs.

Suurbier was also part of the Dutch sides that lost in the 1974 and 1978 World Cup finals, to West Germany and Argentina. He ended his career with 60 caps.

The Argentinagame was his last international match.

Ajaxalso paid tribute to him as the "king of Dutch football humour", known for his pranks and as part of the comic duo "Snabbel and Babbel" with his team and club mate Ruud Krol.

"The anecdotes about Suurbier's pranks are countless...  Yet he took football dead seriously," Ajax said in a statement.

Ajax Football
Get the latest updates on T20 World Cup, check out the T20 World Cup Schedule and Live Score . Like us on Facebook or follow us on Twitter for more sports updates. You can also download the NDTV Cricket app for Android or iOS.