Wayne Rooney has engineered an upturn in DC United's fortunes since he arrived from Everton. 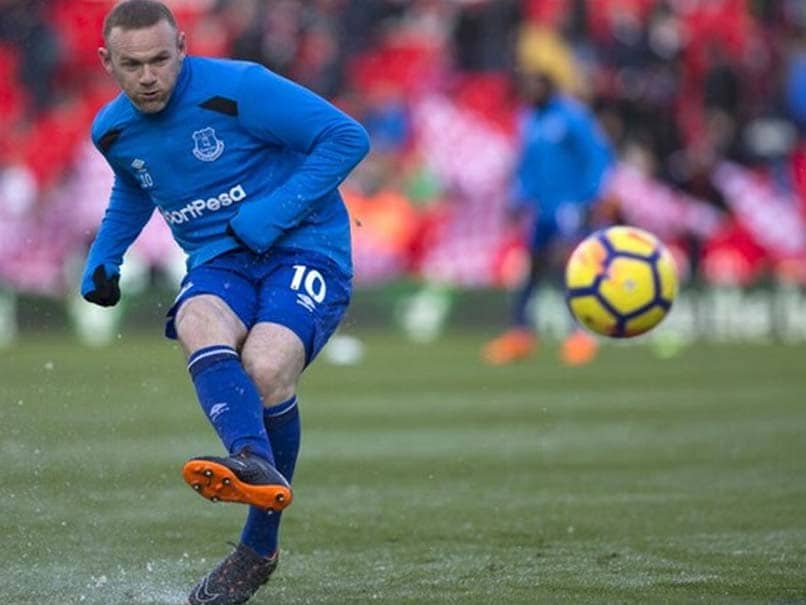 Rooney is the record goalscorer for England and United.© AFP

Wayne Rooney could be on his way to Championship side Derby after owner Mel Morris confirmed on Tuesday that the club were attempting to finalise a move for the former England captain. The 33-year-old has been linked with a player-coach role at Pride Park, where his former England teammate Frank Lampard was given his first opportunity in management last year. He is under contract at MLS side DC United until the end of the 2021 season but reports suggest his wife Coleen is homesick and has returned to Britain with their children.

Reports of Derby's interest in the former Manchester United star emerged shortly before the side, under new boss Phillip Cocu, opened their Championship campaign with a 2-1 victory at Huddersfield on Monday.

"It's literally only been a couple of days in the offing," Derby owner Mel Morris told Talksport.

"The starting point was that we understood he (Rooney) was keen to return to the UK and we decided to see if we could do something off the back of that.

"It's never done until it's done and obviously we are very focused and keen to get this over the line."

Premier League side Burnley and second-tier West Brom have also reportedly declared an interest in Rooney, who is the record goalscorer for England and United.

Rooney has engineered an upturn in DC United's fortunes since he arrived from Everton and teammate Steve Birnbaum said he had had a major impact.

"He's changed everything, he's changed the culture of the club," Birnbaum told the Daily Telegraph.

"The work ethic he puts in during practice and you guys see it in the games. We have this sort of confidence or swag going into games because of him."

"Is that what was in the media? That my wife has got her own way?" he told AFP.

"Those reports are a bit far-fetched. I'm concentrating on playing for DC United and trying to get them into the playoffs. I haven't thought about anything beyond that."

Rooney has made no secret of his desire to move into coaching following contempories including Ryan Giggs, John Terry, Steven Gerrard and Phil Neville.

"Coaching is something which I have thought about for a long time," Rooney said.

"I'm in the process now of going through my badges. It would be a shame for me to finish playing and just walk away from the game.

"I have a desire to go into management and hopefully the right opportunity will come up."

Comments
Topics mentioned in this article
Wayne Rooney Football
Get the latest updates on ICC T20 Worldcup 2022 and CWG 2022 check out the Schedule, Live Score and Medals Tally. Like us on Facebook or follow us on Twitter for more sports updates. You can also download the NDTV Cricket app for Android or iOS.