Watch: Wayne Rooney Scores From His Own Half, Sends Twitter Into Frenzy 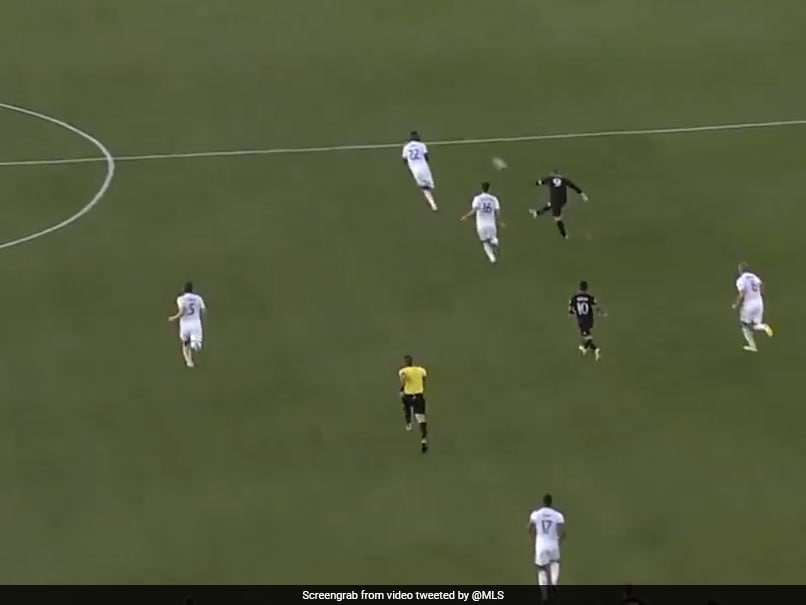 Wayne Rooney has been a record goal-scorer for the England national team.© Twitter

Wayne Rooney took social media by storm after a video of him scoring a sensational goal from his own half of the field went viral on Wednesday. With this magical goal, Wayne Rooney guided Major League Soccer (MLS) team DC United to a 1-0 victory over Orlando City in Los Angeles. The 33-year-old forward, who has been a record goal-scorer for the England national team and Premier League club Manchester United, struck a 68-yard shot over the head of Orlando goalkeeper Brian Rowe to find the back of the net in the 10th minute.

MLS shared the video of the sensational goal on Twitter, saying: "WAYNE ROONEY FROM PAST MIDFIELD!!!!"

WAYNE ROONEY FROM PAST MIDFIELD!!!! pic.twitter.com/dJ5BriAOx3

The fans flooded the tweet with heart-warming wishes within no time. Some fans called Rooney "brilliant", while other suggested the star footballer was just on fire.

"One of the greatest players in the world back in his prime, and he's still got it now! Don't care what anyone says. Wayne Rooney in his prime was unbeatable," a fan said on Twitter.

One of the greatest players in the world back in his prime, and he's still got it now! Don't care what anyone says. Wayne Rooney in his prime was unbeatable

It is an amazing goal, unreal strike

Rooney got the ball off a deflected clearance and when he realized Rowe was out of his 18 yard box, he launched a first-touch chip that will go down as one of Major League Soccer's goals of the year.

Rooney will be part of the league's July All-Star exhibition game where he will join Zlatan Ibrahimovic and Josef Martinez.

England Wayne Rooney Football
Get the latest updates on ICC T20 Worldcup 2022 and CWG 2022 check out the Schedule, Live Score and Medals Tally. Like us on Facebook or follow us on Twitter for more sports updates. You can also download the NDTV Cricket app for Android or iOS.