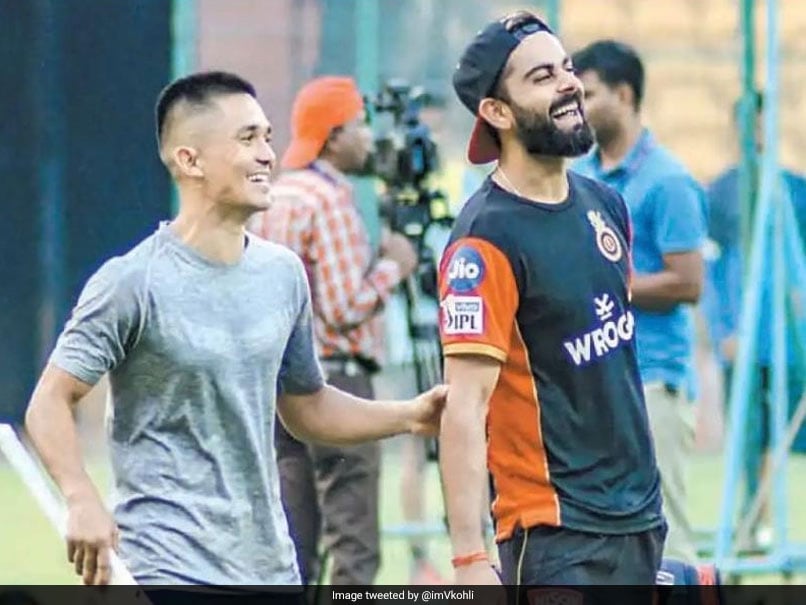 India football team defender Pritam Kotal reckons that modern-day players are extremely health conscious and are never willing to give in to the temptation. Pritam cited India's cricket team skipper Virat Kohliand football captain Sunil Chhetri's example and how the duo motivated him to be in shape.

"We were educated about a sportsman's diet during our AIFF Academy days. Post 2015-16, I took it extremely seriously -- that's when the realisation crept in," AIFF quoted Pritam as saying.

"I read about how Virat Kohli approaches his fitness, his training regime, diet, and how never ever he goes against the roadmap laid down by his personal trainer," he further said.

"Having Sunil-bhai (Chhetri) around helped as with his controlled diet plan, Sunil-bhai's fitness and performances reached a different level. Both Virat and Sunil-bhai are the pioneers," the defender added.

The Blue Tigers are preparing in Doha for the forthcoming World Cup Qatar 2022 Qualifiers. The Indian team will be back on the field after playing international friendlies in March and Pritam revealed he has been training for the upcoming games since his last outing.

"The AFC Cup was on schedule till some time back. So I was working out at home and at a nearby football field. My club coach and the national team coach had provided me with certain fitness routines and I was constantly working on them," said Pritam.

"But with the second wave of the pandemic striking, I could not move out. Thereafter, I was confined to my personal gym at my house. From that time, I concentrated on high intensity workouts focussing primarily on strength training," he further said.

"In the evenings I also used to work with the ball on the roof top. But that's nothing in comparison to hitting the green with the ball," Pritam added.

Pritam feels longer camps ahead of the games are necessary amid the pandemic as it helps the players to get back into the groove.

"Longer duration camps always help. Most of the boys came from their respective homes where they were all kind of locked down," said Pritam.

"Majority of us last played our last competitive match almost two months back. So a longer camp would have helped. But it is what it is," he added.

India currently have three points from five matches in Group E and are scheduled to play Asian Champions Qatar on June 3, Bangladesh on June 7, and Afghanistan on June 15 with all three matches to be played at the Jassim Bin Hamad Stadium, Doha.

Virat Kohli Cricket Football
Get the latest updates on SA vs IND 2021-22, check out the Schedule and Live Score . Like us on Facebook or follow us on Twitter for more sports updates. You can also download the NDTV Cricket app for Android or iOS.