Indian men's football captain Sunil Chhetri compared the national team setup with his home and expressed relief on his return to the squad for the three upcoming joint 2022 FIFA World Cup and 2023 Asian Cup Qualifiers in Qatar next month. 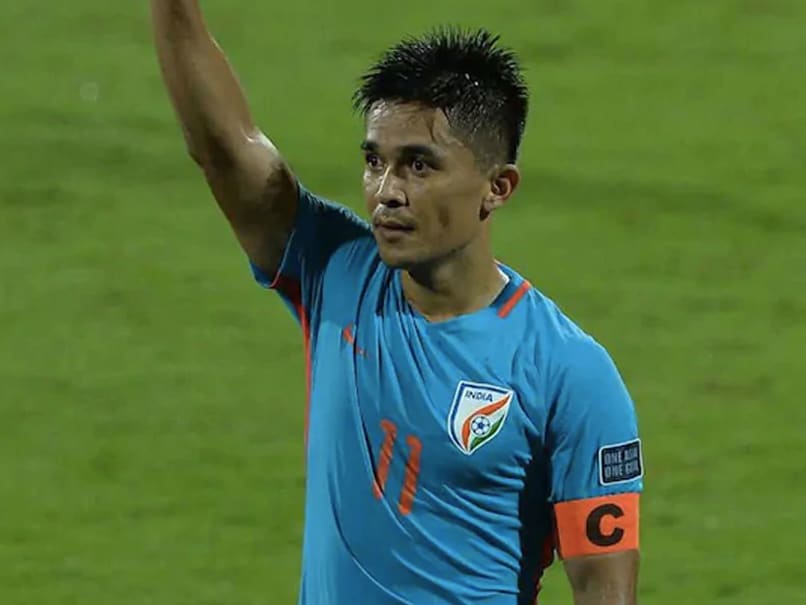 Indian football talisman Sunil Chhetri on Wednesday likened the national team setup with his home and expressed his relief at returning to where he belongs after missing two international friendlies due to COVID-19 infection. The 36-year-old Indian captain, international football's second highest scorer among active players, is set to feature in thethree upcoming joint 2022 FIFA World Cup and 2023 Asian Cup Qualifiers in Qatar next month. "It's such a relief to be back in the national team squad. After all, home is where the heart is," Chhetri was quoted as saying by the All India Football Federation.

Chhetri missed the Indian team's international friendlies against Oman and UAE in Dubai on March 25 and 29 respectively as he had just recovered from COVID-19 infection.

Needless to say, he is looking forward to lead by example in the upcoming matches. India are scheduled to play Asian champions Qatar on June 3, Bangladesh on June 7, and Afghanistan on June 15 with all three matches to be played at the Jassim Bin Hamad Stadium in Doha.

"Personally, I am eagerly looking forward to being in Doha. The last time I was in Doha, I couldn't be a part of the match against Qatar owing to illness," Chhetri, who has 72 international goals to his name, said.

The team will have a preparatory camp inside a bio-bubble in Doha before its first match.

"The matches in June are extremely tough and we need to take them one at a time. Given the fact that we don't have much time, the preparatory camp will add immense value helping all to gel together, and strike that chord ahead of the first match," he added.

"Doha has always had an emotional connection with me. It was there that I played in the 2011 Asian Cup, and also the AFC Cup final for my club Bengaluru FC," he said.

National coach Igor Stimac said the training sessions in Doha will be intense.

"We understand the magnitude of the situation, and it will be intense sessions in Doha to raise the tempo and try to get ready for the matches which starts with the one against the Asian Champions Qatar in Doha," Stimac said.

The qualifying round matches are being played in Doha in view of the COVID-19 pandemic situation which doesn't allow the original format of home and away games. India are currently on three points from three matches in Group E.

India Sunil Chhetri Football
Get the latest updates on T20 World Cup, check out the T20 World Cup Schedule and Live Score . Like us on Facebook or follow us on Twitter for more sports updates. You can also download the NDTV Cricket app for Android or iOS.