"Build On The Moment": Sunil Chhetri Congratulates All 10 India Debutants After Draw Against Oman

India head coach Igor Stimac handed debuts to as many as 10 India players during their friendly match against Oman in Dubai. 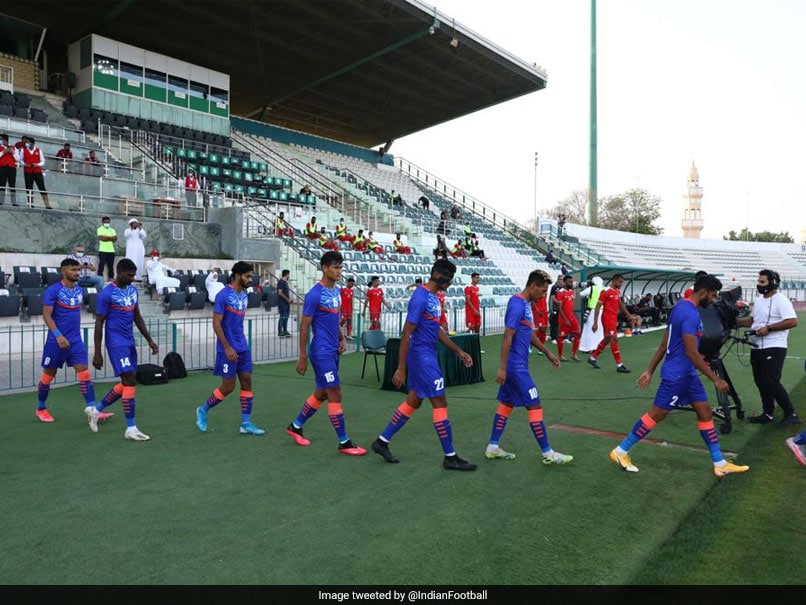 India came from behind to hold Oman to a 1-1 draw in Dubai on Thursday.© Twitter

Sunil Chhetri congratulated all the players who made their debuts during the clash against Oman and wants them to "build on the moment and the memory." "To all those who pulled on the India shirt for the first time in your lives, build on the moment and the memory. Turn back to it when you need that extra bit of motivation. Congratulations lads - Suresh, Akash, Bipin, Jeakson, Ashutosh, Yasir, Ishan, Sana, Apuia, and Mashoor," Chhetri tweeted.

To all those who pulled on the India shirt for the first time in your lives, build on the moment and the memory. Turn back to it when you need that extra bit of motivation. Congratulations lads - Suresh, Akash, Bipin, Jeakson, Ashutosh, Yasir, Ishan, Sana, Apuia and Mashoor.

India played against Oman in Dubai on Thursday in the first of the two international friendlies, with the second match against the UAE slated for March 29. Chhetri is not taking part in the friendlies owing to medical reasons as he tested positive for coronavirus.

Manvir Singh and Amrinder Singh played crucial roles for the Blue Tigers in their return to international football after a gap of 492 days, as India held Oman to a 1-1 draw at the Maktoum Bin Rashid Stadium in Dubai, UAE.

Goalkeeper Amrinder Singh saved a penalty-kick in the first half but Oman took the lead in the 43rd minute through an own goal. However, the Blue Tigers went toe-to-toe with their opponents and grabbed the leveller through Manvir Singh, who headed home a cross from Bipin.

Despite being held to a draw, Stimac was happy with the performance of his team.

"One good thing was the result in the end. The whole team reacted really well in the second half. They did their best and tried everything. We had some good transitions, which is something I was looking for. In the end, I have to say I am happy because we had 10 debutants today - some with many minutes on the pitch and some with only few. But, they all did their part in getting our first point from Oman in three games," the All India Football Federation's (AIFF) website quoted Stimac as saying.

India Sunil Chhetri Football
Get the latest updates on SA vs IND 2021-22, check out the Schedule and Live Score . Like us on Facebook or follow us on Twitter for more sports updates. You can also download the NDTV Cricket app for Android or iOS.