Indian football goalkeeper Gurpreet Singh Sandhu feels the team shouldn't think too much about the results of friendlies against Oman and UAE in March and focus on the upcoming WC 2022 and Asia Cup qualifiers in Doha. 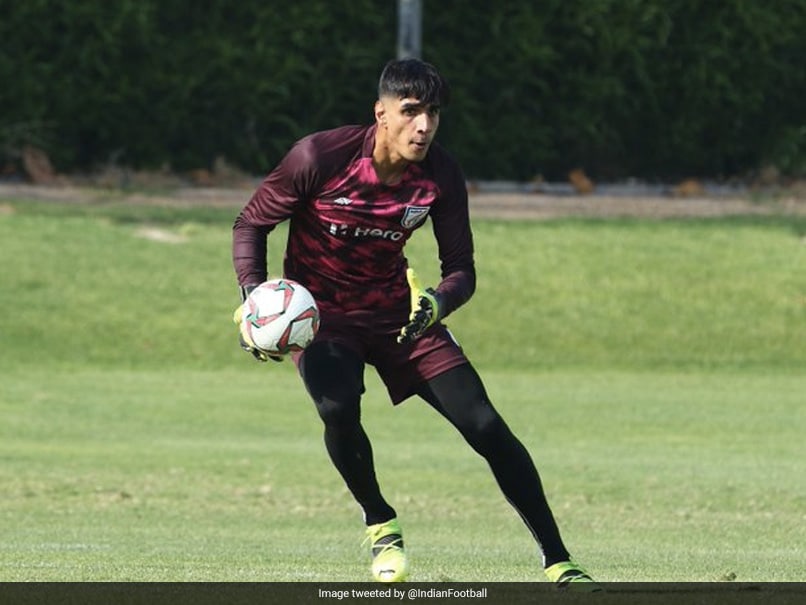 The results of the two international friendlies in Dubai will have no impact on the qualifiers for the 2022 FIFA World Cup and 2023 AFC Asian Cup, said Indian football team members as they prepare for the upcoming games at a preparatory camp in Doha. Returning to action after a long COVID-19 break, India had held Oman to a 1-1 draw but suffered a 0-6 loss against UAE in the two international friendlies in March. "The less we think about it, the better. It's past. But it's significant to remember what happened as it drives us to understand the part we need to work upon," star India goalkeeper Gurpreet Singh Sandhu said in a release issued by AIFF.

"We have three clean slates in front of us. It's up to us as to what we need to write upon them," he added.

The senior national team will take on Asian Champions Qatar in the first match on June 3. The other two matches are against Bangladesh (June 7) and Afghanistan (June 15).

"The perspective of Dubai and Doha are entirely different. In Dubai, we played two different teams in the two matches. That was our return to International Football after almost 16 months," said defender Pritam Kotal.

"The two matches enabled us to slap all the negatives. June will surely be better," Kotal added.

The Blue Tigers landed in Doha on May 19, and were in quarantine at the team hotel till they received the results of the RTPCR tests conducted upon arrival.

The friendly against Oman saw India hand over debuts to 10 players and Anirudh Thapa described the goalless draw as a "huge result for Indian Football".

"We made a huge positive impact against Oman, that too with 10 debutants. I always look at the positives, and that to me was a huge result for Indian Football," Thapa said.

"In the Qualifiers, we will have a full squad at our disposal. The Dubai results will have absolutely no impact in Doha," Thapa added.

The Qualifiers are being played in Doha in view of the COVID pandemic situation which doesn't allow the original format of home and away matches.

The Indian team, fourth in Group E with three points, is already out of contention for a World Cup berth but is still in the reckoning for the 2023 Asian Cup in China.

India Gurpreet Singh Football
Get the latest updates on T20 World Cup, check out the T20 World Cup Schedule and Live Score . Like us on Facebook or follow us on Twitter for more sports updates. You can also download the NDTV Cricket app for Android or iOS.