UEFA Nations League: Chelsea striker Timo Werner scored twice on his return to Leipzig Saturday as Germany went top of their Nations League group with a convincing 3-1 win over Ukraine. 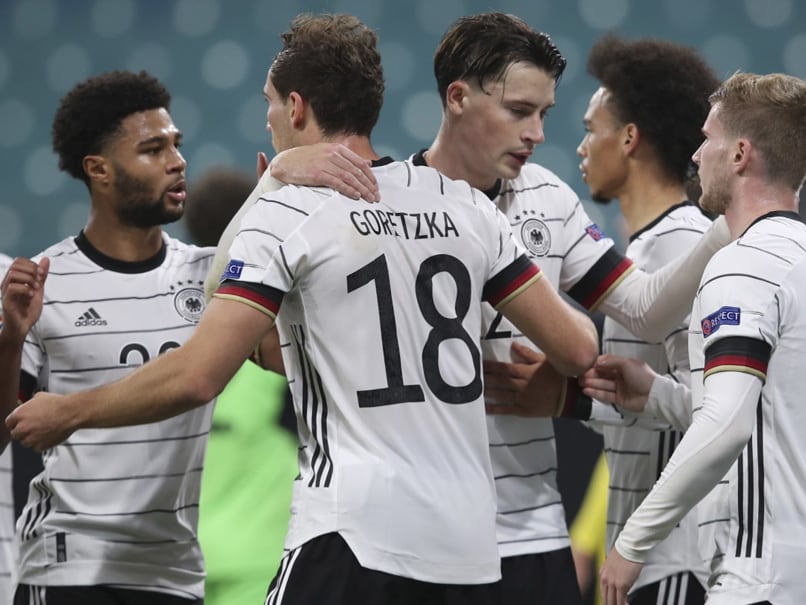 Chelsea striker Timo Werner scored twice on his return to Leipzig Saturday as Germany went top of their Nations Leaguegroup with a convincing 3-1 win over Ukraine. Having joined the Premier Leagueside last July after four years with RB Leipzig, Werner played a starring role behind closed doors at the Red Bull Arena.

"I had four good years here and it was fun to come back here and win," Werner told ZDF.

"We had a few players missing," he added with Toni Kroos suspended and Joshua Kimmich sidelined by a knee injury, "which made it hard to find our ryhthm".

"But we have enough time to improve before the Euros" he added in reference to Germany's opening Euro 2020 match against world champions France in Munich in seven months' time.

The win leaves Germany undefeated in their last 12 games and top of their Nations League group, a point ahead of second-placed Spain with the sides due to meet in Sevilla on Tuesday.

"We had plenty of tempo in the first-half, controlled the game after the break, even if we gave away too much possession at times," said Germany head coach Joachim Loew.

"All in all, we have to be happy with the win."

The hosts roared back with three unanswered goals by Leroy Sane and Werner, who scored either side of half-time, to seal a deserved win.

The game was only confirmed hours before kick-off after five of the Ukraine squad were quarantined after testing positive for Covid-19 on Friday.

However, further tests on Saturday revealed no new cases of the coronavirus.

Ukraine forward Oleksandr Zubkov went to ground in the area, but managed to pull the ball back to Yaremchuk who fired his side ahead.

Ukraine had already beaten Spain and Switzerland and there were a few nervous faces among the Germans, who have now kept just one clean sheet in seven games so far in 2020.

However, the lead was shortlived.

Leon Goretzka sparked a counter-attack and released Sane, who cut back inside and smashed his shot around Ukraine goalkeeper and captain Andriy Pyatov on 23 minutes.

Goretzka created Germany's second goal when he lifted his pass just out of range of Pyatov's out-stretched arms.

Werner was waiting to head home from less than a metre to put the hosts ahead on 33 minutes.

"It was easy for me to score the goal, but his work in build up was really good," Werner said of Goretzka's superb work in the build up.

Germany lived dangerously just after the break when a shot by Manchester City midfielder Oleksandr Zinchenko took a deflection and clipped the post with Neuer beaten.

Werner doubled his tally after Ilkay Gundogan started the move which saw Matthias Ginter fire in a cross which the Chelsea star fired home on 64 minutes.

However, there was no chance of a hat-trick as he made way for Julian Brandt for the final 15 minutes.

Ukraine Timo Werner Football Joachim Loew
Get the latest updates on ICC T20 Worldcup 2022, check out the Schedule and Live Score. Like us on Facebook or follow us on Twitter for more sports updates. You can also download the NDTV Cricket app for Android or iOS.