Thiago Alcantara still has a year left in his contract with Bayern Munich. 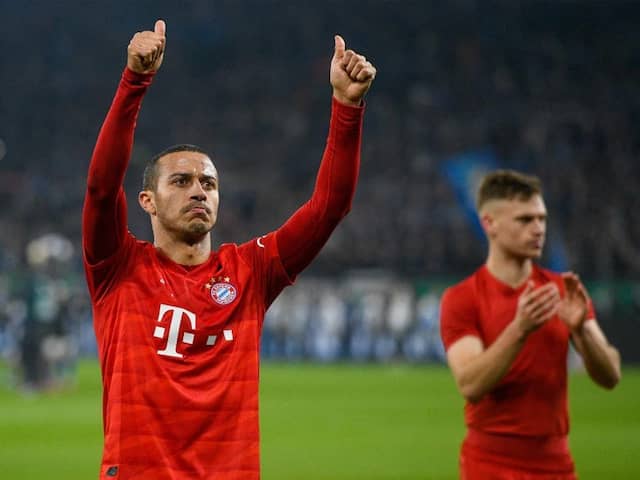 Bayern Munich captain Manuel Neuer says he hopes the Bavarians giants can convince Liverpool target Thiago Alcantara to stay beyond the end of this season's Champions League title. Having won the Bundesliga title in each of his seven seasons at Bayern since joining from Barcelona in 2013, Alcantara, 29, is stalling over extension talks with a year left on his contract. The midfield playmaker has been linked to English Premier League champions Liverpool.

Bayern host Chelsea on Saturday in the last 16, return leg of the Champions League holding a 3-0 lead from the first leg in London last February before the coronavirus pandemic halted the competition.

Alcantara is back in the Bayern team after groin surgery in June and Neuer "hopes" the Champions League campaign is not the Spanish international's swansong for the German giants.

"Thiago had an operation, but is now fully back. He makes a good impression and he can be the engine in our midfield system," said Neuer, Bayern's goalkeeper and captain, in Munich on Friday.

Team-mate Thomas Mueller has already said it would be "bitter" should Alcantara leave Bayern after their European campaign.

Having already won an eighth straight Bundesliga title and lifted the German Cup this season, Bayern are chasing the treble and are among the favourites from the Champions League title.

Should they see off injury-hit Chelsea to reach the quarter-finals, Bayern face Barcelona or Napoli in Lisbon next Friday in a straight knock-out tie.

"First we have to get through against Chelsea," said Neuer with Bayern on an 12-match winning streak, including last Friday's 1-0 friendly win over Marseille.

"Then there are knockout games, they are always like finals.

"It also depends on the form of the day. There are very top-class teams and every mistake can be punished.

"We're very positive, looking forward to what's coming and are in good shape."

Liverpool Manuel Neuer Football
Get the latest updates on IPL 2020, check out the IPL Schedule for 2020 and Indian Premier League (IPL) Cricket live score . Like us on Facebook or follow us on Twitter for more sports updates. You can also download the NDTV Cricket app for Android or iOS.