Bayern Munich hold a 3-0 lead over injury-hit Chelsea from the first leg in London last February before the competition halted due to the coronavirus pandemic. 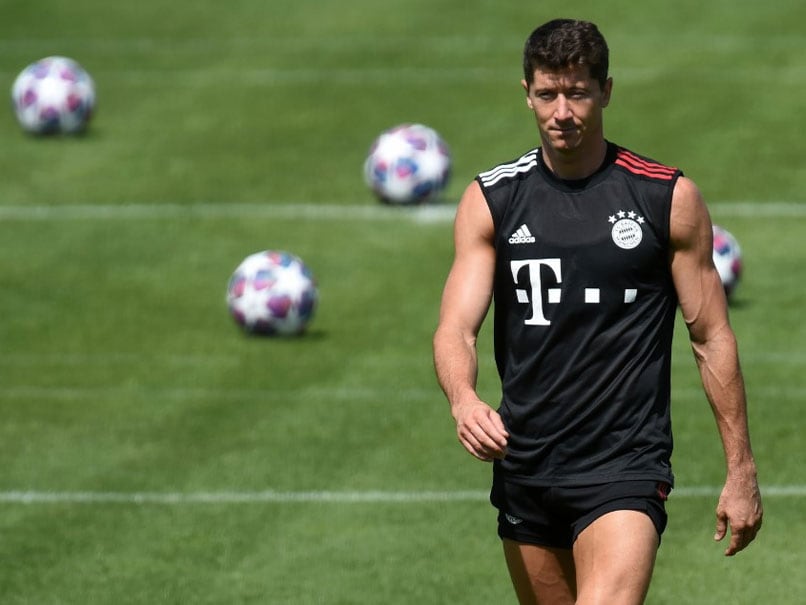 After scoring a career-best 34 times in the Bundesliga this season, treble-chasing Bayern Munich hope Robert Lewandowski can produce more goals to fuel their ambitions in the knock-out stages of the Champions League. Across Europe, only Ciro Immobile who hit 36 goals in Serie A for Lazio, has netted more league goals in 2019/20 than Lewandowski, the top-scorer in Germany. Having claimed an eighth straight Bundesliga title and lifted the German Cup, Bayern host Chelsea in the last 16, second leg tie at Munich's Allianz Arena on Saturday with the Poland striker hunting more goals.

He is the Champions League's top-scorer this season with 11 goals in six matches.

Lewandowski has netted 51 goals in all competitions this season and is looking to pick up where he left off in July's German Cup final after netting twice in a 4-2 romp against Leverkusen.

"He is the most complete player in front of goal and has everything a striker needs," Bayern coach Hansi Flick said recently about Lewandowski.

The star striker says more is to come after telling magazine Sport Bild he is "perhaps at 90 percent" of what he can achieve.

"I want to push my own limits even further."

Bayern hold a 3-0 lead over injury-hit Chelsea from the first leg in London last February before the competition halted due to the coronavirus pandemic.

After rapid-fire goals from Serge Gnabry early in the second half at Stamford Bridge, Lewandowski tapped home a superb cross from Canadian teenager Alphonso Davies.

It was his 39th of 51 goals this season, but significantly it was his first in seven games - spanning two years - at the knock-out stages in Europe.

For all his goal records, Lewandowski has a modest tally at the business end of the Champions League.

In 26 European knockout games for Bayern, he has scored twelve goals.

Had this season's Ballon d'Or not been cancelled due to the pandemic, Lewandowski would have been in with a good chance of winning the title he craves.

"If you ask me, would I like to be a world footballer one day? Of course!", he said recently.

And he would have deserved it, according to Bayern chairman and former West Germany striker Karl-Heinz Rummenigge, who believes Lewandowski is "perhaps playing the best season of his career."