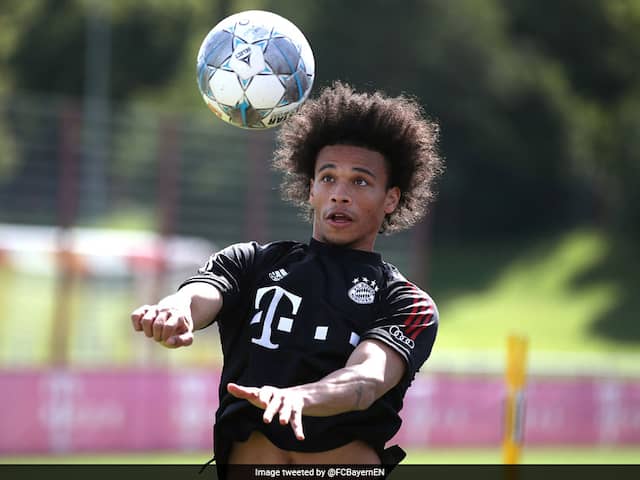 Leroy Sane said it was good to be back on the pitch and have his first training session at Bayern Munich.© Twitter

Leroy Sane got down to work at Bayern Munich on Monday after reporting for his first training session a week before the bulk of the squad returns from holiday. The 24-year-old Germany winger signed a five-year contract with Bayern last week after moving from Manchester City for a reported 50 million euros ($56 million). With the Bayern squad currently on a two-week holiday after winning the domestic double and full training due to resume next week, Sane worked out on Monday alongside defender Niklas Sule.

Both Sule and Sane are rebuilding lost fitness after being sidelined for months by knee ligament injuries.

"A good first training session," Sane wrote on his Instagram account after being put through his paces by Bayern's fitness coach.

"It was very good to be back on the pitch and to have my first session. I am overjoyed to be here," he added on the club's website.

Bayern will start training next Monday for their assault on next month's Champions League finals, for which Sane is ineligible.

They host Chelsea at Munich's Allianz Arena on August 8 in the second leg of their last 16 tie having already beaten Frank Lampard's side 3-0 in London in February.