FIFA and the International Football Association Board (IFAB), which set the rules, have issued new guidelines ahead of the restart of the Bundesliga. 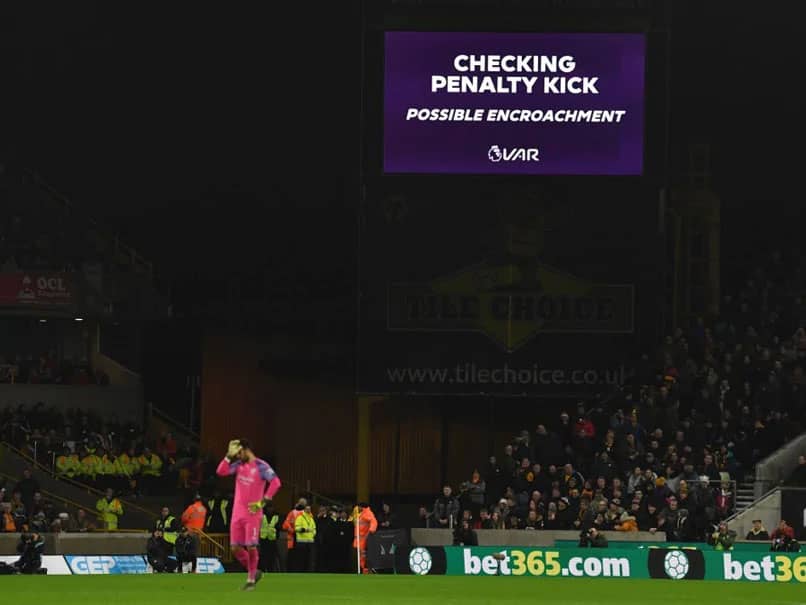 VAR has been subjected to severe criticism around the globe.© AFP

The top football leagues like Premier League, La Liga have been given the option to do away with Video Assistant Referee (VAR) once the competitions resume after being suspended due to the coronavirus pandemic. Apex football body FIFA and the International Football Association Board (IFAB), which set the rules, have issued new guidelines ahead of the restart of the Bundesliga.

"In relation to competitions in which the video assistant referee (VAR) system is implemented, these competitions are permitted to cease its use upon restart at the discretion of each individual competition organizer," FIFA said in an official statement.

"However, where VAR is used, all aspects of the laws of the game and, by extension, the VAR protocol will remain in place," it added.

Over the years, VAR has been subjected to severe criticism around the globe and it has paid host to some controversial decisions.

Currently, all sporting action across the world has come to a halt due to the coronavirus pandemic.

However, on May 7, the German Football Association had confirmed that domestic competition Bundesliga will resume its season from May 16. Six games will be taking place on May 16, with Borussia Dortmund also slated to take on Schalke. The final matchday of the 2019-20 campaign is scheduled for the weekend of June 27-28.

This decision was taken by the German Football Association as it got the green light from the German government to go ahead with resuming Bundesliga. However, the tournament has been asked to follow the coronavirus protocols, and it will see stadiums introduce biological controls similar to those required by medical facilities.

The matches will be held without fans and under strict safety conditions, including frequent testing of players, coaches, referees, and support staff. However, the restart of the tournament received a major blow on Saturday as Bundesliga 2 side Dynamo Dresden announced that the club's two players have tested positive for coronavirus.

To make things a little easier for teams when football resumes, the International Football Association Board, in the light of the pandemic, agreed to introduce a temporary amendment, allowing for a maximum of five substitutes to be made per team.

"For competitions which have either started or are intended to start, but are scheduled to be completed by 31 December 2020, the IFAB has approved FIFA's proposal to introduce a temporary amendment to Law 3 - The Players, which will allow for a maximum of five substitutes to be made per team. However, to avoid disruption to the game, each team will only have three opportunities to make substitutions; substitutions may also be made at half-time," the FIFA said in a statement.

Comments
Topics mentioned in this article
Football FIFA
Get the latest updates on India vs Australia Series, check out the India vs Australia Schedule for 2020-21 and Ind vs Aus live score . Like us on Facebook or follow us on Twitter for more sports updates. You can also download the NDTV Cricket app for Android or iOS.