Coronavirus: Bundesliga To Restart Behind Closed Doors On 16 May

The Bundesliga will be the first top European football league to restart matches since the outbreak of the coronavirus forced lockdown measures to be imposed across the continent. 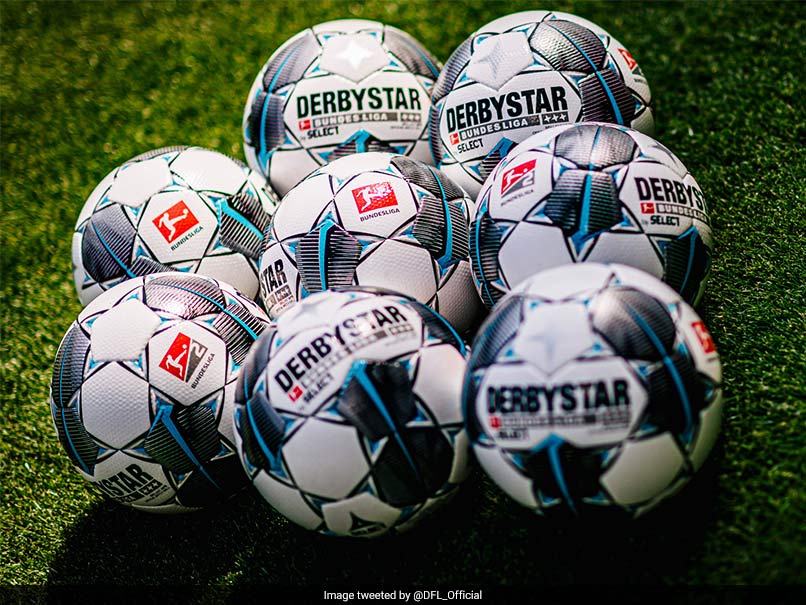 All Bundesliga games will be played without spectators.© Twitter@DFL_Official

Bundesliga clubs were racing Thursday to get ready for the restart of the season in nine days' time, amid concerns about whether the players will stick to the strict hygiene guidelines implemented to ensure the campaign is completed. Twenty-four hours after Chancellor Angela Merkel's government gave the German Football League the green light to return, the league said it will resume the season on Saturday, May 16.

The Bundesliga will be the first top European football league to restart matches since the outbreak of the coronavirus forced lockdown measures to be imposed across the continent.

All games will be played without spectators.

The opening day's key game is between second-placed Borussia Dortmund and arch-rivals Schalke in the Ruhr derby at Dortmund's Signal Iduna Park -- but instead of being roared on by an 81,000 crowd, the teams will play in an empty stadium.

France has already ended the Ligue 1 season, with football in England, Spain and Italy still suspended.

Until Merkel gave the go-ahead, clubs had still been training in small groups.

On Thursday, Dortmund, who were four points behind leaders Bayern Munich when the league was halted in mid-March, held full team training for the first time in seven weeks.

"We have had very constructive talks with the local health authority about it," a club spokesman told AFP subsidiary SID.

Borussia Moenchengladbach also resumed team training, despite announcing Thursday that one of their backroom staff had "a very weak" positive test of the coronavirus and had been quarantined.

"The coaches and the team have worked under unusual conditions over the past few weeks. Everyone is happy team training is permitted again," said Borussia's sporting director Max Eberl.

The Bundesliga wants to complete the last nine rounds of matches before June 30 to secure around 300 million euros ($325 million) in television money.

However, it is a step into the unknown.

"One must not forget, we are now in a situation that we do not know," admitted Bayern Munich chairman Karl-Heinz Rummenigge.

"We're all starting a bit from zero. One cannot rule out that there are one or two surprises."

The worry is that an outbreak of the coronavirus in the league could again halt the resumed season, this time for good.

There were 10 positive cases from 1,724 tests of players and staff at the top 36 clubs in the first wave of testing.

The onus is firmly on the players to follow the hygiene guidelines, including avoiding contact at all times.

Hertha Berlin striker Salomon Kalou, 34, was suspended earlier this week by his club for posting a video on social media where he shook hands with team-mates.

Kalou issued an apology, but politicians pointed to the Ivory Coast forward as an example of how not to behave during a pandemic which has so far claimed over 7,000 lives in Germany.

Germany captain Manuel Neuer has said Bundesliga footballers have a "enormous responsibility" to be role models.

To drum home the point, German daily Bild translated "Follow The Rules!" into 28 languages for the 278 foreign players in the league.

"I was horrified," Dortmund CEO Hans-Joachim Watzke told Bild when asked about the Kalou video.

"I will tell our players again that we have a big responsibility.

"Hertha did the right thing. Such individual cases have to be sanctioned harshly."

A similar message will be the mantra at Bayern.

"I hope that the Kalou video remains an isolated case and we have received a bit of warning with it," added Rummenigge.

Bayern will also have a tough fixture as they resume their search for an eighth consecutive title.

Bayern travel to Berlin on Sunday, May 17, where Union will not be able to rely on the usual cauldron-like atmosphere of their home ground.