Eight players have tested positive so far this week with four from Sampdoria, including one who had previously recovered, three from Fiorentina and one at Torino. 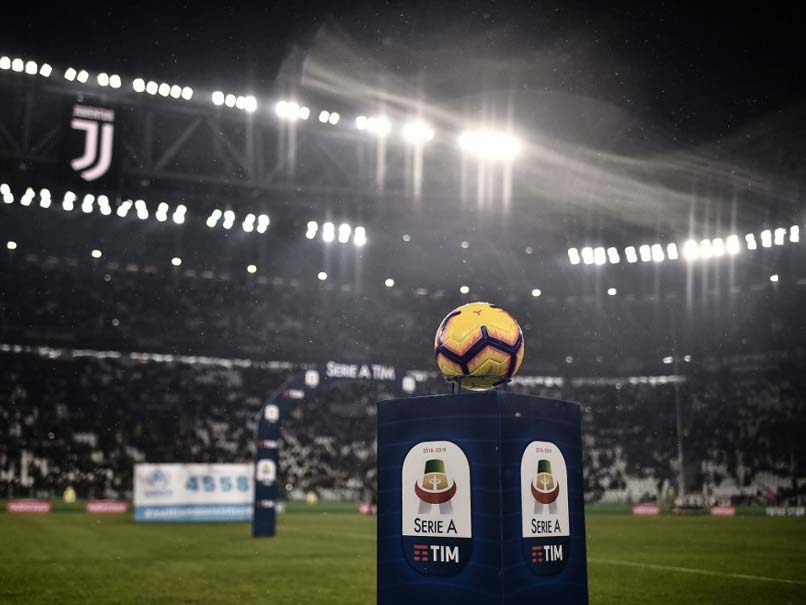 The fate of the Serie A remained in limbo after state scientists met with football bosses.© AFP

The fate of the Serie A championship remained in limbo on Thursday after state scientists met with football bosses in a desperate effort to save the coronavirus-interrupted season threatened by a new wave of positive tests among players. The Italian Football Federation (FIGC) huddled with the government's technical scientific committee to discuss details of the medical protocol for a potential return to group training. The talks came with pressure mounting from sports-deprived fans and sponsors for Italy to follow the German Bundesliga's lead and return to action.

Sports Minister Vincenzo Spadafora said after the meeting he was "hopeful" team training could resume on May 18.

"There has been a very important, very in-depth meeting, with many requests from doctors and scientists to the FIGC," Spadafora said on Facebook.

"Now the committee, on the basis of these insights, will draw up its own assessment which will be sent to the Ministry of Health."

FIGC president Gabriele Gravina has shown an iron will to save the season and avoid "the death of Italian football".

But time is running out for Serie A which began to descend into chaos at the end of February as the new coronavirus swept across Italy's north -- home to big teams such as Inter Milan and Juventus.

The league eventually threw up its hands and suspended the championship on March 9.

Fewer than 500 people had then died of the virus and the league was hoping to kick off again by early April.

Top clubs in Italy have begun testing players and staff as they prepare to return to training facilities this week for individual sessions.

However, eight players have tested positive so far this week with four from Sampdoria, including one who had previously recovered, three from Fiorentina and one at Torino.

Fiorentina revealed three of the club's staff had also tested positive for the virus.

Cristiano Ronaldo will have to observe a 14-day quarantine after returning to Italy from nearly two months of confinement in Portugal.

His Juventus teammate Paulo Dybala has been given the all-clear after first testing positive for the virus together with his girlfriend.

Media reports said the discussion could run on into the weekend as the sides try to figure out proper virus testing procedures and the logistics of travel through contagion zones.

Italian Prime Minister Giuseppe Conte -- the first Western leader to impose a national lockdown to ward off the pandemic in March -- will have the final say.

But Conte has erred on the side of caution throughout the crisis. He upset many at the end of April by delaying an expected announcement on when matches can resume.

Former Football Federation president Carlo Tavecchio warned that Italy's top three leagues faced the threat of lawsuits if their seasons were called off.

Serie C clubs on Thursday agreed to terminate the season, promoting Monza, Vicenza, Reggina and Carpi to Serie B, while there will be no relegations.

"If the championship is not finished, the rules of FIFA and UEFA will not be respected and there will be a lot of litigation, with losses not only for Serie A but also Series B and Serie C," Tavecchio said.

The former football executive said the "Italian system will default" unless the number of teams is immediately reduced.

"Football must be rescued through desperate measures," Tavecchio said.

Cristiano Ronaldo
Get the latest updates on India vs South Africa and check out  Schedule, Results and Live Score. Like us on Facebook or follow us on Twitter for more sports updates. You can also download the NDTV Cricket app for Android or iOS.