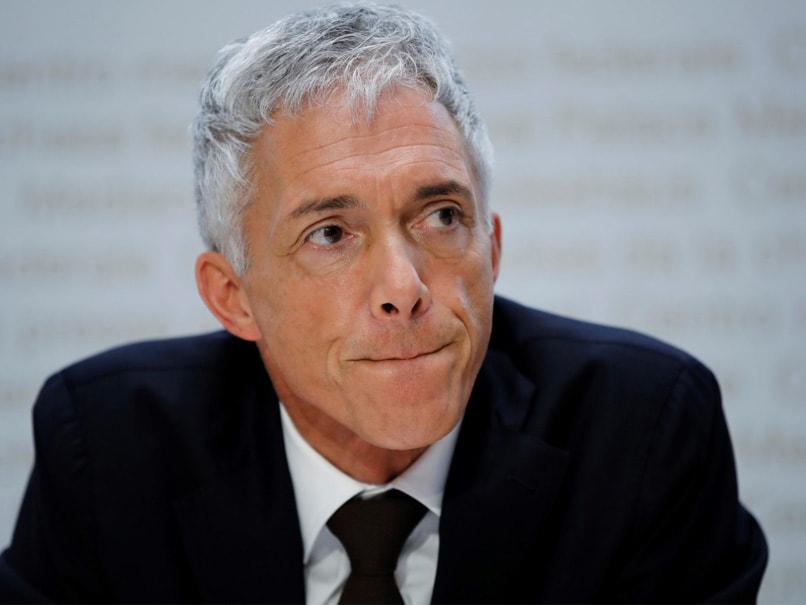 Michael Lauber has faced multiple investigations over his handling of the FIFA probe.© AFP

Switzerland's top prosecutor resigned Friday following a drawn-out controversy over his handling of a corruption investigationtargeting FIFA, but continued to deny accusations he lied. Attorney General Michael Lauber, suspected of collusion with FIFA chief Gianni Infantinofollowing a series of secret meetings in 2016 and 2017, said in a statement he was resigning "in the interest of the institution".

The 54-year-old prosecutor was in charge of Switzerland's probe into the towering corruption scandal that exploded at the heart of world football's governing body in 2015.

The scandal erupted when Swiss police in May that year swarmed the plush Baur au Lac hotel in Zurich before dawn, arresting a number of top football officials.

But the top prosecutor was forced to recuse himself from the investigation in June 2019, following media revelations he had held several undeclared meetings with Infantino during the course of the probe.

Despite the criticism, Lauber was reelected to a fresh term last September, but his actions have faced mounting scrutiny, with multiple investigations into his handling of the case.

Swiss prosecutors opened a probe, finding that those two 2016 contacts, held shortly after Infantino took charge of FIFA from Blatter, were "not problematic".

But during the inquiry into those two meetings, Lauber told the oversight body he had had no other informal contacts with Infantino -- something that turned out not to be the case.

FIFA has never denied the informal meetings between the two men, explaining that they were meant to show the organisation's willingness to collaborate with the Swiss judiciary.

As for Lauber, a Swiss parliamentary commission decided in May to open proceedings over "well-founded suspicion of serious violation of the duties of office either intentionally or by gross negligence", which risked seeing him sacked.

And earlier this month, an extraordinary prosecutor was appointed to examine criminal complaints made against Lauber over the Infantino meetings.

And on Friday, a court published its appeals decision after a disciplinary probe in March found that Lauber had repeatedly lied when questions were raised about the FIFA investigation.

The disciplinary committee had ordered him to be docked eight percent of his salary.

Responding to Lauber's appeal, the Federal Administrative Court acknowledged that the initial ruling had been harsh, and reduced his penalty to a five percent pay cut.

However, it upheld a majority of the accusations against him, finding that the "confirmed breaches of official duty and their seriousness still justify the decision... to opt for the most severe type of disciplinary sanction possible".

"I respect the decision of the Federal Administrative Court," Lauber said in Friday's statement.

He stressed though that "I continue nonetheless to firmly reject the accusation of lying".

The court meanwhile appeared to be of a different opinion.

It pointed to a meeting on June 16, 2017 shown to have been attended by Lauber, Infantino, and two or three other people -- all of whom had insisted they did not recall the encounter.

"This fact alone and various other circumstances lead to the conclusion that Lauber's statements are implausible," the court said.

"Such a gap in memory among several participants is to be regarded as absurd."