Gianni Infantino is hoping to push through the rescue package by the time of the next FIFA Council meeting later this month. 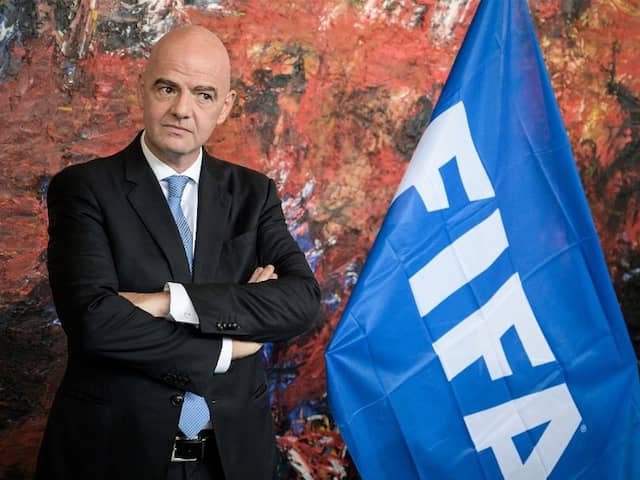 FIFA president Gianni Infantino called on Saturday for discussions over proposals to introduce salary and transfer fee caps to football in the wake of the coronavirus pandemic. World football's governing body intends to finalise plans in the coming weeks for a financial relief package following the economic damage caused to the sport by the global health crisis. FIFA announced in April it would release $150 million (133 million euros) to its 211 member associations "as the first step of a relief plan". UEFA shortly afterwards said it had allocated 236.5 million euros to its 55 member federations.

"On the financial and governance aspects, I also heard some interesting proposals on a wide range of topics," Infantino wrote in an open letter to FIFA's members.

"From salary caps to transfer fee caps or other taxation mechanisms, to the possible obligation for governing bodies, competition organisers and clubs to build reserves or to contribute to a reserve fund which can be of assistance in hours of need such as now.

"I personally advocate for clearer and stricter financial regulations, imposing full transparency and good governance principles, and not only limiting this to the transfer system, but to the entire football ecosystem.

"FIFA is doing already a lot of work on this area, even if we face some strong vested interests who fight against our plea for better global governance in our sport."

A recent study by accounting firm KPMG said the transfer value of players in 10 of Europe's top leagues could plummet by up to 10 billion euros due to the economic crash caused by the coronavirus.

The French league declared over in late April, said it would have to take out a government-guaranteed loan of some 225 million euros to tide over clubs impacted by the loss in income from broadcasters.

Last season's Champions League finalists Tottenham have received a 175 million pound loan from the Bank of England to help them through the crisis as the club predicted losses of 200 million pound over the next year.

Infantino is hoping to push through the rescue package by the time of the next FIFA Council meeting later this month.

"We have to show unity across all aspects of football and make sure football can resume in its globality. This is our priority and our financial relief plan will also follow this principle."

While domestic leagues are gradually restarting, the international calendar has been decimated with Euro 2020 and the Copa America both postponed until next year.

However, Infantino said a reworked international schedule could be published shortly.

"On another very important topic, namely the international match calendar, I am happy to report that we also made some good progress," he said.

"In consultation with different stakeholders, we are closer to present a balanced solution that takes into account everyone's challenges and needs."