Real Madrid coach Carlo Ancelotti has said he has no problems with Eden Hazard or Gareth Bale and believes the pair could play a bigger role in the second half of the season. 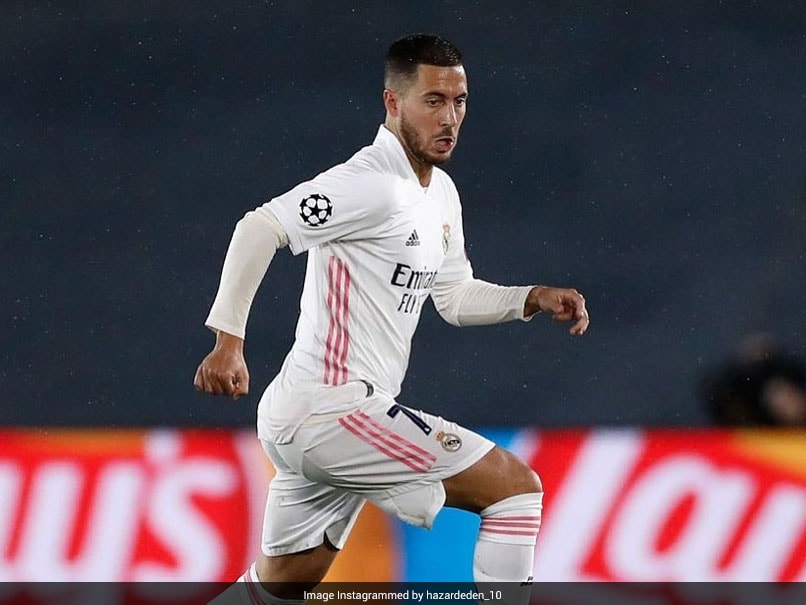 Eden Hazard, Gareth Bale could play a bigger role in the 2nd half of the season© Instagram

Real Madrid coach Carlo Ancelotti has said he has no problems with Eden Hazard or Gareth Bale and believes the pair could play a bigger role in the second half of the season. Hazard has been on the fringes all season and did not play a single minute of either the semi-final or final of the Spanish Super Cup, which Real Madrid won on Sunday. Bale started the first three games of the season but has not played for Madrid since August, after suffering knee, calf and back injuries, as well as a bout of Covid.

After missing the trip to Saudi Arabia, Bale is available to play against Elche on Thursday in the last 16 of the Copa del Rey, when Hazard could also be given minutes.

"It is true they have both had a lot of set-backs due to injuries and problems," Ancelotti said at a press conference on Wednesday.

"Bale is back now after a long time, Hazard has been fine for a month and he is physically fit.

"I don't have to give advice to Hazard. He has the character and experience to decide himself and by the way, the quality that both of them have could help us a lot.

Hazard has been hampered by a string of injuries since he joined from Chelsea for 100 million euros ($113 million) in 2019.

Asked whether he had spoken to the 31-year-old about his future, Ancelotti said: "No, at the moment he is still a Real Madrid player. He is training, he is focused on the games, we have nothing else to think about.

"Nothing has happened, there is just competition in the team, and every game I have to choose the best team."

Thibaut Courtois will miss the trip to Elche because of a private matter but Ancelotti expects the Belgian to be back when Madrid face the same opposition at home in the league on Sunday.

Real Madrid Eden Hazard Gareth Bale Football
Get the latest updates on ICC Women's Cricket World Cup 2022 and IPL 2022, check out the Schedule , Live Score and IPL Points Table. Like us on Facebook or follow us on Twitter for more sports updates. You can also download the NDTV Cricket app for Android or iOS.