Kevin De Bruyne was nominated despite Manchester City finishing second to Liverpool domestically, and going out of the Champions League early. 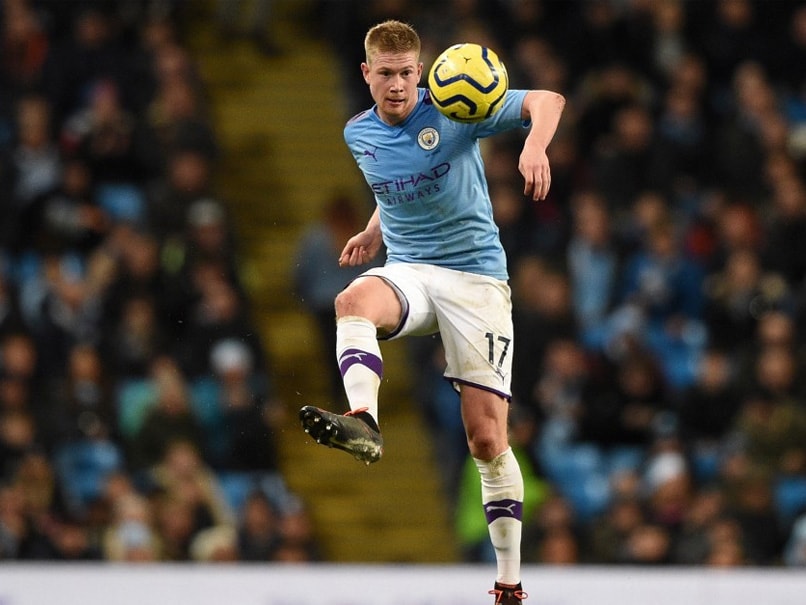 Bayern Munich duo Robert Lewandowski and Manuel Neuer have been nominated alongside Manchester City's Kevin De Bruyne for the UEFA Men's Player of the Year prize for last season, European football's governing body announced on Wednesday. The winner will be announced -- along with the UEFA Women's Player of the Year -- on October 1, when UEFA hold the draw for this season's Champions League group stage at their headquarters in Nyon, Switzerland. Lewandowski and Neuer starred as Bayern won the Champions League, beating Paris Saint-Germain 1-0 in the final in Lisbon in August.

Polish striker Lewandowski scored an astonishing 55 goals in 47 games as Bayern won the treble of Champions League, Bundesliga and German Cup. He top-scored in the Champions League with 15 goals.

Goalkeeper Neuer also played a key role in Bayern's triumphant campaign, while Belgian playmaker De Bruyne scored or set up 33 goals in the English Premier League and was nominated despite City finishing second to Liverpool domestically, and going out of the Champions League in the quarter-finals to Lyon.

Barcelona's Lionel Messi just missed out on being shortlisted, coming fourth in the vote by a jury comprising the 80 coaches of the clubs that participated in the group stages of last season's Champions League and Europa League, along with 55 selected journalists, one from each of UEFA's member associations.

England star Lucy Bronze is a contender to win the women's prize for the second year running after helping Lyon win the Champions League for the fifth season in a row before recently signing for Manchester City.

Her Lyon colleague, the France defender Wendie Renard, is also shortlisted alongside the Danish striker Pernille Harder, who recently joined Chelsea after helping Wolfsburg get to the Champions League final.