Vinicius Junior has made a huge impact at the Santiago Bernabeu since moving from home town club Flamengo. 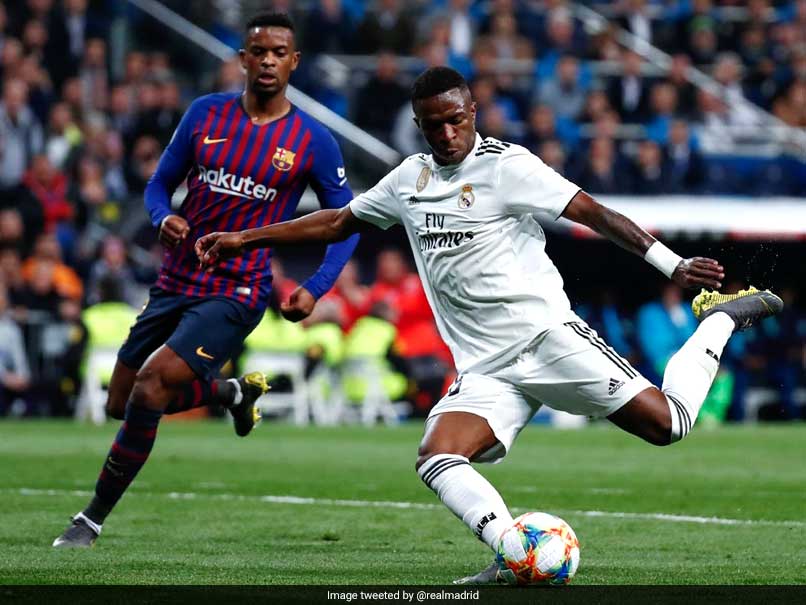 Real Madrid's teenage attacking sensation Vinicius Junior was called up to Tite's Brazil squad for the first time on Thursday in the last national team gathering ahead of the Copa America. The 18-year-old has made a huge impact at the Santiago Bernabeu since moving from home town club Flamengo at the start of the season. Although he began this campaign in Real's B team, Vinicius has quickly risen to an almost guaranteed first team starter since Santiago Solari replaced Julen Lopetegui.

He has not just been Real's most dangerous attacking player since, he's also the main reason Wales star Gareth Bale is struggling to get into the team.

Brazil will play two friendlies in March against Panama, in Portugal on the 23rd, and away to the Czech Republic three days later.

Vinicius's inclusion will create some excitement to offset the absence of Neymar, who has a broken foot and will be out until April.

His club team-mate Marcelo finds himself dropped, though, just as he has been in Madrid.

But fellow veteran Dani Alves, currently playing alongside Neymar at Paris Saint-Germain, makes his return to the squad, as does his team-mate Thiago Silva, who replaces Bordeaux's Pablo.

West Ham's Filipe Anderson is rewarded for his fine Premier League form with his second ever call-up, the first coming in 2015.

The Premier League provides eight members of the squad, more than any other championship, with Liverpool trio Alisson, Fabinho and Roberto Firmino, and Manchester City's Ederson, Danilo and Gabriel Jesus included.

Only two players, Palmeiras goalkeeper Weverton and Gremio forward Everton, ply their trade in their homeland.

Brazil won their last two friendlies in November against Uruguay and Cameroon, both 1-0.

The final squad for the Copa America will be announced in May, with hosts Brazil kicking off the tournament on June 14 against Bolivia in Sao Paulo.

The final will be at Rio de Janeiro's iconic Maracana stadium on July 7.