"I did not disrespect anyone, least of all Gareth," a frustrated-sounding Zinedine Zidane said. 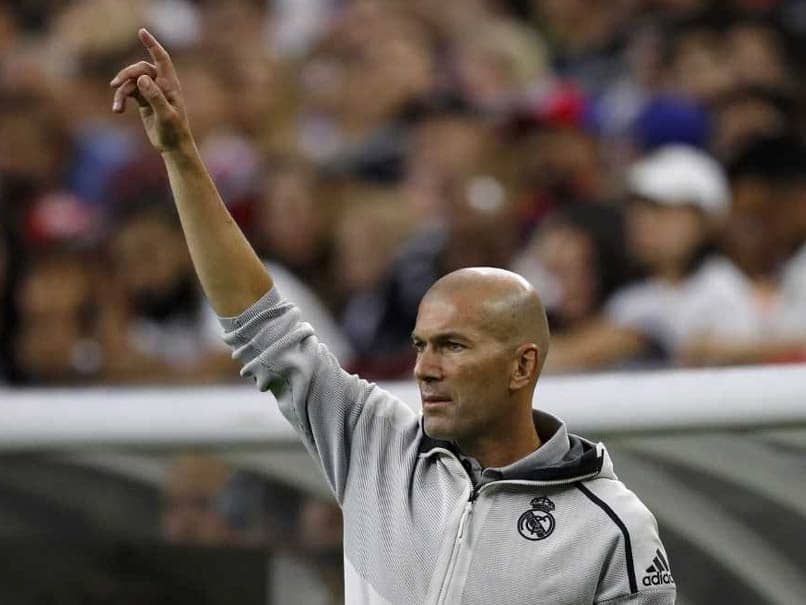 Zinedine Zidane said it was Bale who chose not to play.© AFP

Real Madrid boss Zinedine Zidane has denied disrespecting Wales star Gareth Bale as he discussed the expected transfer of the 30-year-old forward from the La Liga giants on Monday. Speaking to reporters on the eve of Real Madrid's friendly with Arsenal at FedEx Field -- home of the NFL's Washington Redskins -- Zidane said it was Bale who chose not to play in Madrid's 3-1 friendly defeat to Bayern in Houston on Saturday. "I did not disrespect anyone, least of all Gareth," a frustrated-sounding Zidane said. "I said that the club is working to facilitate Bale's departure, nothing more.

"The other day, Gareth did not dress for the game, he did not want to because the club was negotiating his departure," he added.

Zidane had been branded a "disgrace" by Bale's agent for his comments after the Saturday match, when he said he hoped Bale's move from the club happened soon "for everyone's sake."

"He shows no respect for a player that has done so much for Real Madrid," agent Jonathan Barnett fumed.

Bale has been frozen out in Madrid by Zidane despite helping his side to a Spanish title and four Champions Leagues since arriving from Tottenham Hotspur six year ago.

His brace, including a brilliant bicycle kick, sank Liverpool in the 2018 final, but he was shunted aside by Zidane as soon as he returned to the Real bench in early March.

After Zidane's reappointment, Bale played 90 minutes in just three of the remaining 11 matches, was left out completely four times and frequently substituted when he did play.

"Today, he is a Real Madrid player," Zidane said, adding that the striker would train with the team Monday night.

Real Madrid Gareth Bale Zinedine Zidane Football
Get the latest updates on IPL 2020, check out the IPL Schedule for 2020 and Indian Premier League (IPL) Cricket live score . Like us on Facebook or follow us on Twitter for more sports updates. You can also download the NDTV Cricket app for Android or iOS.