Zinedine Zidane said the club were working on Gareth Bale's departure, adding that he hoped it happens soon, "for everyone's sake". 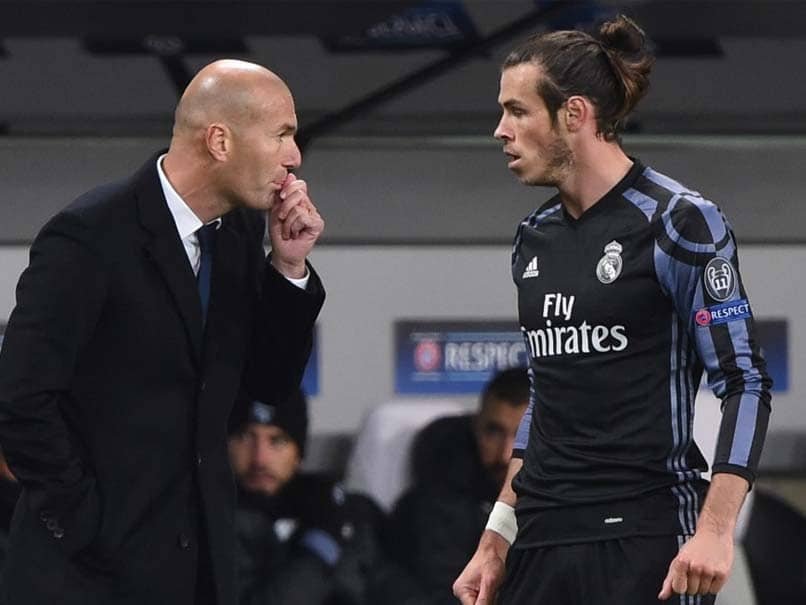 Gareth Bale's agent has branded Real Madrid boss Zinedine Zidane a "disgrace" after the Frenchman revealed that the La Liga giants were ready to offload the Wales star in a matter of days. Zinedine Zidane left Gareth Bale out of the Real Madrid squad for Saturday's 1-3 exhibition loss to Bayern Munich in Houston, and after the match he revealed he had been dropped because the club were "working on his departure", adding that he hoped it happens soon, "for everyone's sake".

"Zidane is a disgrace, he shows no respect for a player that has done so much for Real Madrid," Bale's agent Jonathan Barnett told AFP.

Asked whether Gareth Bale is close to leaving Madrid, Barnett added: "We are working on it".

Gareth Bale has been frozen out in Madrid by Zidane despite helping his side to a Spanish title and four Champions Leagues since arriving from Tottenham Hotspur six year ago.

His brace, including a brilliant bicycle kick, sank Liverpool in the 2018 final, but he was shunted aside by Zidane as soon as he returned to the Real bench in early March.

After Zidane's reappointment, Bale played 90 minutes in just three of the remaining 11 matches, was left out completely four times and frequently substituted when he did play.

He was denied a chance to say goodbye at the end of last season when he was left on the bench in a 0-2 loss to Real Betis that saw Zidane's side submerged with boos and whistles.

However Zidane insists that his treatment of the 30-year-old forward "is nothing personal", even though Bale would be welcome at some of Europe's biggest clubs.

"There comes a time when things are done because they need to be done," Zidane added after the Bayern defeat.

"I've not got anything against him. We have to make decisions and change things, that's all there is to it.

"I don't know if this will happen in 24 or 48 hours' time. The situation will change and it's for the best for everyone."

Bale joined Real Madrid to much fanfare, a blockbuster transfer fee and a big salary that may prove to be an obstacle for all but the richest teams.

He has three seasons left on his deal and has been linked to Tottenham, Manchester United and Bayern.

Tottenham Hotspur Gareth Bale Zinedine Zidane Football
Get the latest updates on IPL 2021, IPL Points Table , IPL Schedule 2021 , live score . Like us on Facebook or follow us on Twitter for more sports updates. You can also download the NDTV Cricket app for Android or iOS.