Diogo Jota joined Liverpool from Wolves last September and he has just been limited to 18 appearances in the Premier League. 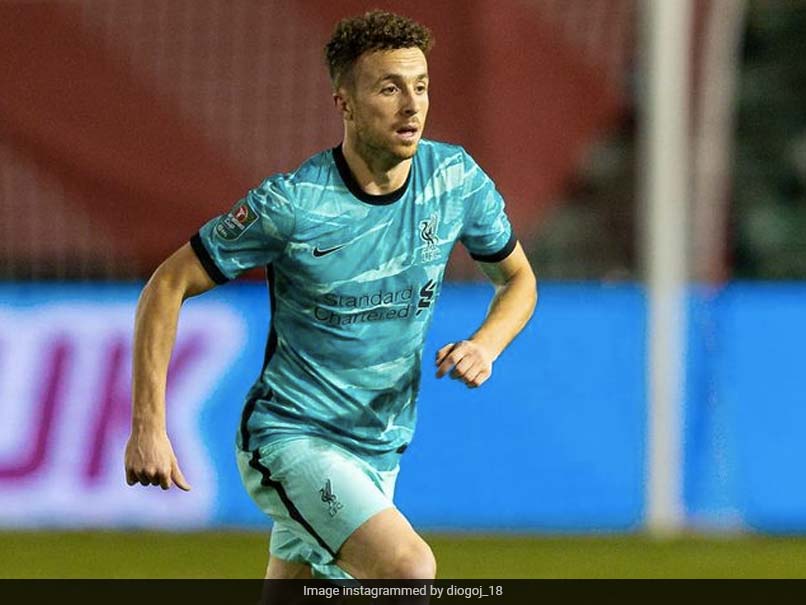 Premier League: Diogo Jota has been injury-prone for Liverpool in is first season.© Instagram

Minutes, after Diogo Jota was ruled out of the Premier League clash against West Brom, Liverpool manager Jurgen Klopp on Sunday, confirmed that the forward will now miss the remaining season. The forward had sustained a foot issue during Thursday's 4-2 victory at Manchester United and this will see him miss the remaining season for the Reds. "No good thing without a bad thing - so, we won at Manchester United but Diogo got something with the bone," Klopp told Sky Sports.

"Not too serious but serious enough to end the season. That's it," he added.

Jota had joined Liverpool from Wolves last September and he has just been limited to 18 appearances in the Premier League.

Liverpool is currently in the fifth spot in the Premier League standings with 60 points from 35 matches. The side will next lock horns against West Brom later today.

The top four sides in the Premier League standings attain qualification for the Champions League and Liverpool faces an uphill task to finish in the top four.

Liverpool is currently four points behind fourth-placed Chelsea with a game in hand, and wins over West Brom, Burnley, and Crystal Palace will help Liverpool present a case to finish in the top four.

Liverpool's next two games will be away at West Brom and Burnley and the team will finish the season at home against Crystal Palace.

Liverpool Jurgen Klopp English Premier League Football
Get the latest updates on T20 World Cup, check out the T20 World Cup Schedule and Live Score . Like us on Facebook or follow us on Twitter for more sports updates. You can also download the NDTV Cricket app for Android or iOS.