Neymar said on Friday that Nike's claim it parted ways with him last year because he refused to cooperate with its internal investigation into an employee's accusation he sexually assaulted her was an "absurd lie." 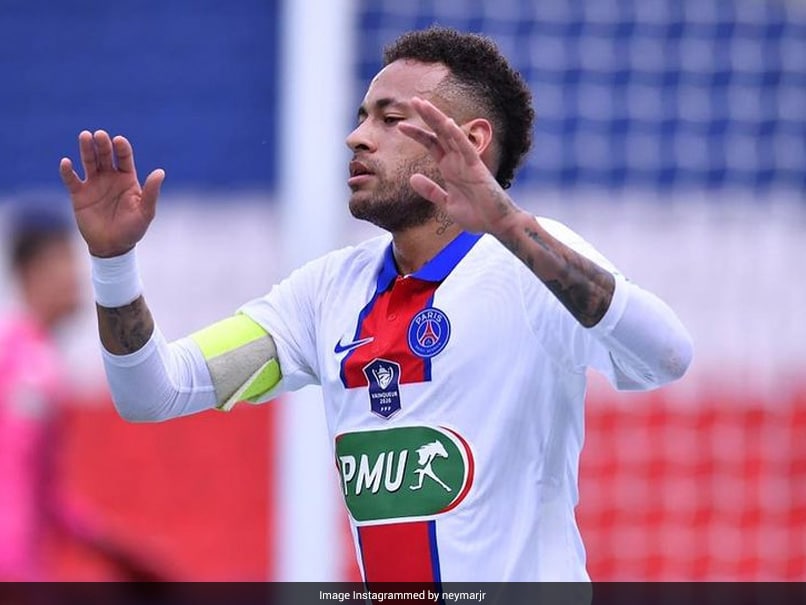 Nike ended its sponsorship deal with Neymar over the alleged 2016 incident.© Instagram

Neymar said on Friday that Nike's claim it parted ways with himlast year because he refused to cooperate with its internal investigation into an employee's accusation he sexually assaulted her was an "absurd lie." "(To) state that my contract was terminated because I did not contribute in good faith to an investigation, is an absurd lie," the Brazil and Paris Saint-Germain star said in a statement on Instagram. "I was not given the opportunity to defend myself. I was not given the opportunity to know who this person was that was allegedly offended. I don't even know her. I've never had any kind of relationship or approach with this person."

The statement came a day after Nike said it had ended its sponsorship deal with Neymar over the alleged 2016 incident -- which was reported to the company in 2018 -- and his failure to cooperate with its internal investigation.

Nike did not give a reason when it terminated the deal in August 2020.

The company had sponsored Neymar, 29, since he was a 13-year-old prodigy.

The superstar is now a poster boy for Puma. His deal with the German sportswear giant was announced in September 2020.

The Nike employee accused Neymar of trying to force her to perform oral sex on him in a New York hotel room during a promotional trip for a new line of sneakers, according to the Wall Street Journal, which first broke the story.

Neymar denied the accusation, and said the US sportswear giant had nevertheless continued sending him on promotional tours.

"In 2017 I traveled again to the USA for another advertising campaign, with the same people, and nothing was told to me, nothing changed!" he wrote.

"In 2017, 2018, 2019 we made trips, advertising campaigns, countless shooting sections. And they told me nothing. Such a serious matter and they did nothing."

In a previous statement, Neymar said he and Nike had split for commercial reasons.

The player's father accused the company of "blackmail."

"It's all very strange" that the accusation only came to light years later, after Neymar left Nike, he told Brazil's Folha de Sao Paulo newspaper.

Nike said in a statement it was prepared to investigate in 2018 when the woman first came forward, but "respected the employee's initial desire to keep this matter confidential and avoid an investigation."

The firm therefore didn't share information with law enforcement or any other third party until 2019, when she expressed an interest in pursuing the matter.

Neymar is the world's most expensive footballer. He left Barcelona for PSG in 2017 for a record transfer fee of 222 million euros ($270 million).

With his on-pitch exploits and huge following on social media, Neymar is one of the biggest names in sports.

But his shine has often been tarnished.

His image as an eternal spoiled child was revived late last year by rumors of a giant year-end party he organized in his native Brazil in the midst of the coronavirus pandemic.

A young woman also filed a complaint against him for rape in 2019.

He vehemently denied the accusation, and the case was eventually dropped.

Comments
Topics mentioned in this article
Neymar Football
Get the latest updates on ICC Women's Cricket World Cup 2022 and IPL 2022, check out the Schedule , Live Score and IPL Points Table. Like us on Facebook or follow us on Twitter for more sports updates. You can also download the NDTV Cricket app for Android or iOS.