The unidentified woman, who lives in Brazil, allegedly met Neymar through Instagram, and after exchanging messages, the footballer invited her to visit him in Paris in mid-May. 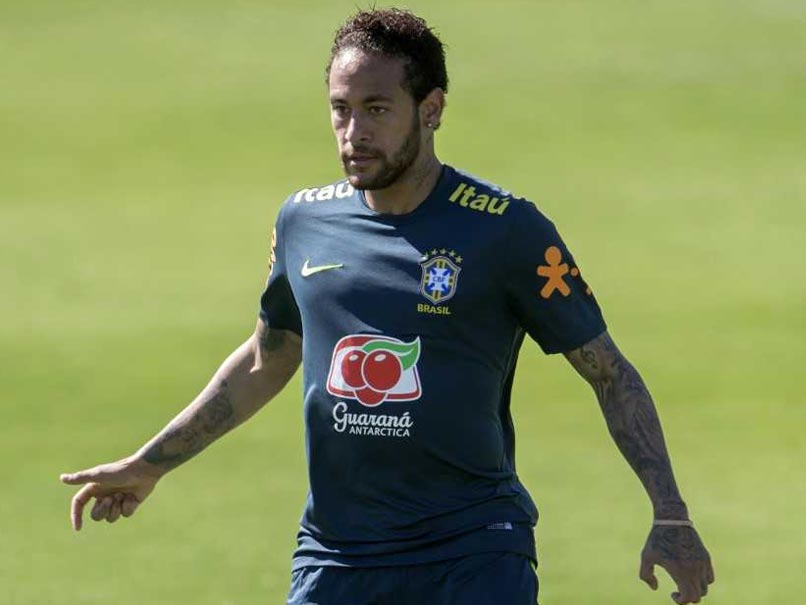 Neymar is currently in Brazil preparing for the Copa America, which takes place from June 14 to July 7.© AFP

Star striker Neymar has been accused of raping a woman at a hotel in Paris, Brazilian media reports said on Saturday, charges that the player's father slammed as attempted blackmail. According to a complaint filed with Sao Paolo police and reported by the UOL and GloboEsporte websites, the Paris Saint-Germain star is accused of "using violence to have sex with the victim without her consent." Sao Paulo's security secretariat would not provide a copy of the complaint to AFP, confirming only that one had been filed but saying its contents were classified.

The unidentified woman, who lives in Brazil, allegedly met Neymar through Instagram, and after exchanging messages, the footballer invited her to visit him in Paris in mid-May.

According to the complaint, Neymar arrived at the hotel "apparently intoxicated," and the two chatted and exchanged "caresses."

But then "he became aggressive and used violence to have sex with the victim without her consent," the document said.

Neymar's father, who is also his agent, categorically denied the accusations in an interview with Brazilian broadcaster Bandeirantes.

"This is not true, he has never committed any crime," said Neymar Santos, arguing that his son was a victim of blackmail. "We have all the evidence and we already gave everything to the lawyers."

According to Neymar Santos, his son and the woman went on a date, but Neymar did not want to see her again. Since then, the woman has tried to extort money from the player and his family, he said.

"My son can be accused of many things, but I know what kind of man he is ... it's clear that this was a trap," he said, adding that the family was prepared to release WhatsApp messages that would exonerate Neymar.

According to the media reports, the accuser was in Paris from May 15 to 17, but waited until last Friday to file the complaint in Brazil because she was "emotionally shaken."

Neymar, 27, is currently in Brazil preparing for the Copa America, which takes place in the country from June 14 to July 7.

Brazil Neymar Football
Get the latest updates on India vs Australia and check out  Schedule, Results and Live Score. Like us on Facebook or follow us on Twitter for more sports updates. You can also download the NDTV Cricket app for Android or iOS.