The now-infamous incident during the Champions League final has put a big question mark of Mohamed Salahs World Cup participation. 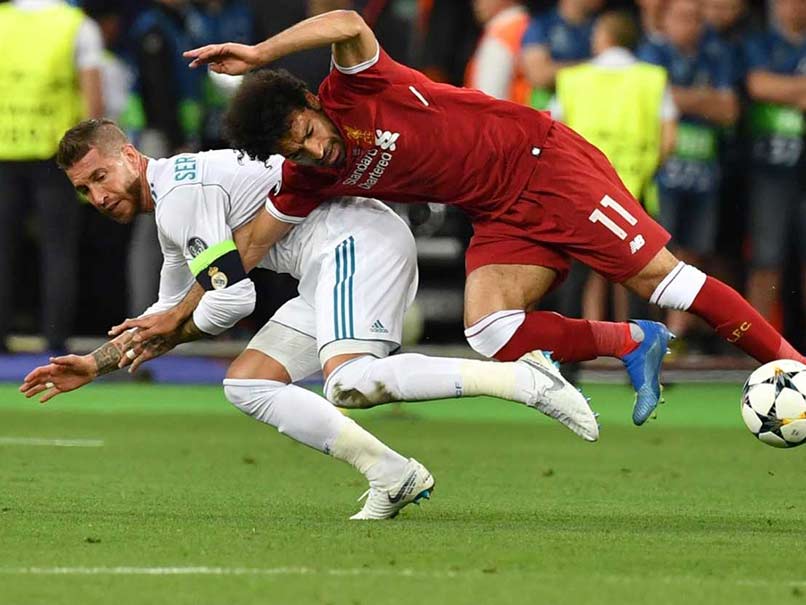 Real Madrid defender and skipper Sergio Ramos on Wednesday dismissed suggestions saying that he was to blame for the challenge on Liverpool's Mohamed Salah in the Champions League final. A tearful Salah left the field after a collision with Ramosin the first half of the final between Real Madrid and Liverpool in Kiev. Real eventually won the match 3-1 and their third straight Champions League title. Ramos was also accused of deliberately elbowing Liverpool goalkeeper Loris Karius. The incident is also believed to have caused the Reds' keeper to suffer concussion.

"I am only missing Roberto Firmino saying he got a cold because a drop of my sweat landed on him," Ramos was quoted to as saying by several media outlets.

"Bloody hell, they have given this Salah thing a lot of attention. I didn't want to speak because everything is magnified. I remember the play well: he grabs my arm first and I fell to the other side, the injury happened to the other arm and they said that I gave him a judo hold. After that the goalkeeper said I dazed him with a clash," he said.

Ramos added that he spoke to Salah post the incident. "I spoke with Salah through messages. He was quite good. He could have played on if he got an injection for the second half, I have done it sometimes but when Ramos does something like this, it sticks a little bit more. I don't know if it is because you are at Madrid for so long and win for so long that people look at it a different way," he added.

Despite the injury, Salah has been selectedfor Egypt's upcoming World Cup in Russia.

Sergio Ramos Mohamed Salah Football
Get the latest updates on IPL Auction 2023 and check out  IPL 2023 and Live Cricket Score. Like us on Facebook or follow us on Twitter for more sports updates. You can also download the NDTV Cricket app for Android or iOS.