Manchester United said in a brief statement they were "aware of an alleged incident involving Harry Maguire in Mykonos last night." 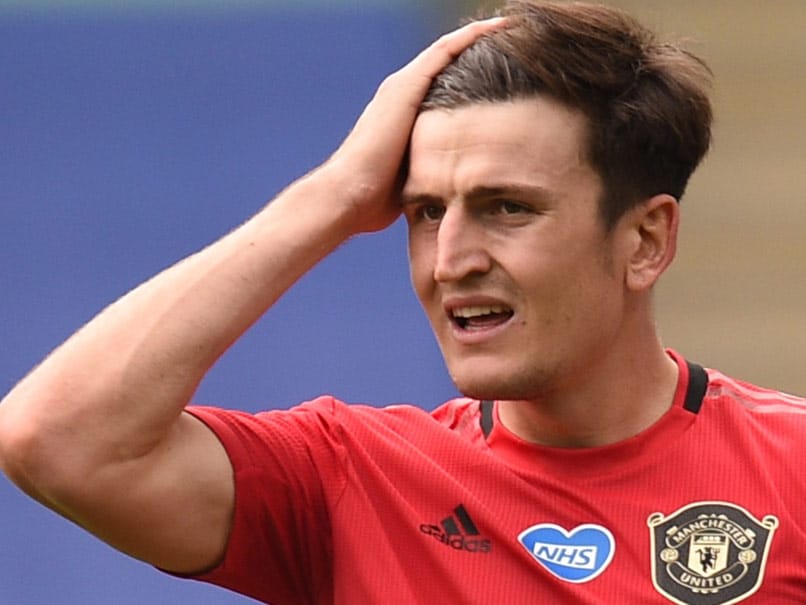 Manchester United captain Harry Maguire has been arrested on the Greek tourist island of Mykonos.© AFP

Manchester Unitedcaptain Harry Maguirehas been arrested on the Greek tourist island of Mykonos for an alleged assault and attacking officers, police said Friday. United said in a brief statement they were "aware of an alleged incident involving Harry Maguire in Mykonos last night." "Contact has been made with Harry, and he is fully co-operating with the Greek authorities.

"At this time we will be making no further comment," the club added.

A police officer in Syros, the capital of the island group that includes Mykonos, confirmed that the suspects are "three British men, including a British football club player" but did not name Maguire.

The Syros officer said four Mykonos officers had sustained slight injuries in the fight. The suspects are also accused of resisting arrest and verbally insulting and threatening the arresting officers, he said.

He said Mykonos police had been called to break up a fight between two groups late on Thursday.

Greek state agency ANA said a fight had broken out between British tourists outside a bar.

The agency identified the suspects as Maguire, his brother and a friend.

ANA said the police had asked the suspects to follow them to the police station with the van but when they arrived, they attempted to flee.

They will appear before a Syros prosecutor later Friday, the Syros officer said.

Manchester United Harry Maguire Football
Get the latest updates on SA vs IND 2021-22, check out the Schedule and Live Score . Like us on Facebook or follow us on Twitter for more sports updates. You can also download the NDTV Cricket app for Android or iOS.