Luis Suarez left Barcelona for Atletico Madrid, after the arrival of Ronald Koeman. 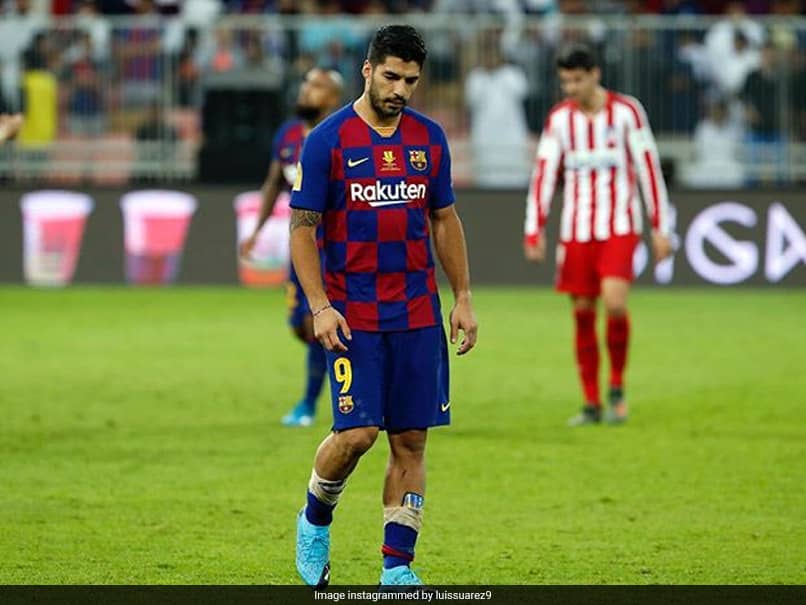 Luis Suarez has admitted he cried because of the way Barcelona handled his departure from the club. Suarez, who joined Atletico Madrid last month, said he was excluded from training games and was not surprised Lionel Messi stood up for him by taking another swipe at the Barca board. After scoring 198 goals and becoming the club's third all-time top scorer, Suarez found out through the Spanish press that he was surplus to requirements before holding a brief telephone conversation with Ronald Koeman.

"There were other ways to tell me that they wanted to change things," Suarez told reporters after scoring a penalty in Uruguay's 2-1 World Cup qualifying win over Chile on Thursday.

"The way it was done and the feeling that they're kicking you out is what hurt the most. Those days were really hard. I cried because of everything I was going through.

"I didn't take the message well from the club that I had to go, more than anything because of the way they handled it, because you have to accept when a cycle comes to an end."

Messi also lamented the way Suarez left and said "nothing surprises me anymore", in a clear criticism aimed at the president Josep Maria Bartomeu.

"The way the club went about it wasn't good and that annoyed Leo too," Suarez added.

"He knows what we've been through and how tough it was for us at that moment. I am not surprised he supported me in public because I know him so well. I knew the pain he felt.

"There are things that people don't know, but going to Barcelona training and being sent to train on your own because you're not involved in the 11 against 11 game they're playing.

"My wife saw how sad and dejected I was. What I wanted was to laugh and be happy on the pitch again and I had no doubts when the possibility of signing Atletico came up."

Luis Suarez Football
Get the latest updates on IPL 2020, check out the IPL Schedule for 2020 and Indian Premier League (IPL) Cricket live score . Like us on Facebook or follow us on Twitter for more sports updates. You can also download the NDTV Cricket app for Android or iOS.