Jaap Stam said although he would have liked compatriot Virgil van Van Dijk to have won the Ballon d'Or, Lionel Messi deserved the award. 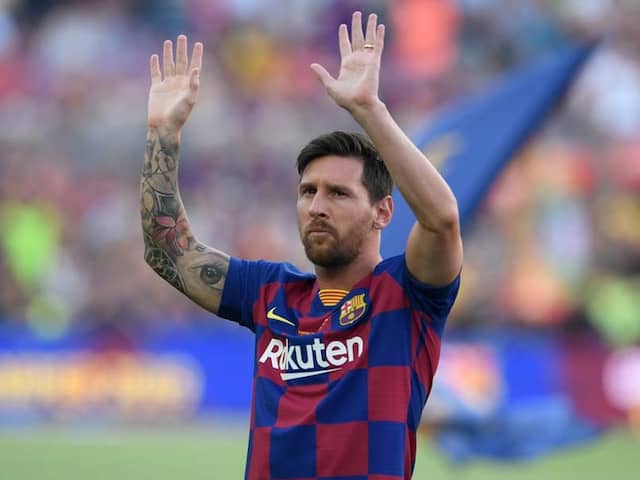 Jaap Stam believes it was the "right decision" to give Barcelona's Lionel Messi the 2019 Ballon d'Or.© AFP

Former footballer Jaap Stam believes that it was the "right decision" to hand Barcelona's Lionel Messi the Ballon d'Or in 2019 ahead of Liverpool's Virgil van Dijk. "Normally a defender is underestimated and people don't think a lot about them. I think nowadays it is becoming better and people appreciate the job of defending a lot more," Goal.com quoted Stam as saying. "But goalscorers earn more money and they get more attention. That's how it's always been and that's how it's going to be in the future. And looking at the world now, I think Messi is still the best player. If you look at the Ballon d'Or and winning the trophy, I think the right decision was to give it to Messi," he added.

After winning the award in December, Messi had gone past Juventus' Cristiano Ronaldo to win the most number of Ballon d'Or awards. Ronaldo has won it five times while Messi scripted his sixth win.

The 47-year-old Stam said although he would have liked Van Dijk to have won the award, Messi deserved the title.

"I would have liked to give it to Virgil because I think he's done great. It's not that I don't want him to win it, but I think Messi and what he is doing year in, year out, scoring goals and creating goals with the pressure he's under, I think he deserves it," he said.

Lionel Messi Virgil Van Dijk Football
Get the latest updates on IPL 2020, check out the IPL Schedule for 2020 and Indian Premier League (IPL) Cricket live score . Like us on Facebook or follow us on Twitter for more sports updates. You can also download the NDTV Cricket app for Android or iOS.