La Liga: Gareth Bale Hopes For Real Madrid Stay But Will Consider Options At The End Of The Season

Marco Asensio, Lucas Vazquez and Isco all started ahead of Bale across the two legs against PSG. 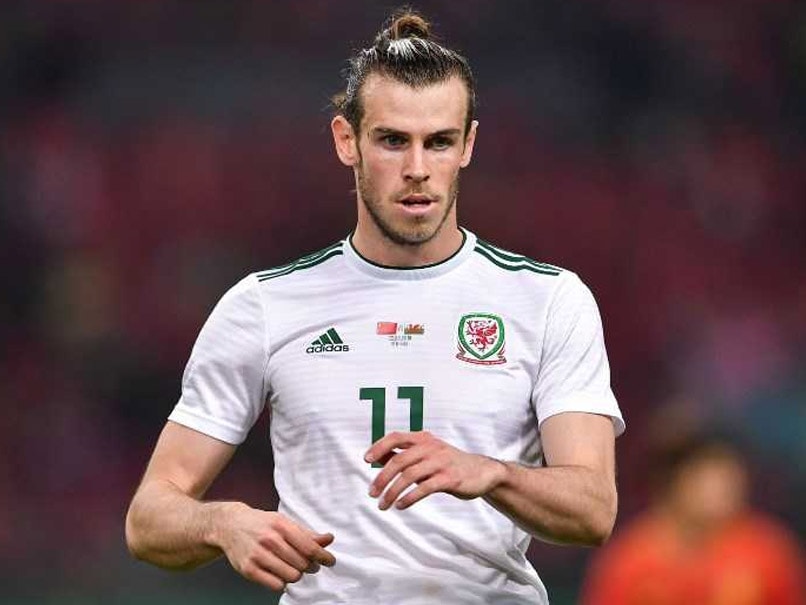 Gareth Bale will consider his future at the end of the season but his first choice is still to stay at Real Madrid. Sources have told AFP that Real remain Bale's most likely employer next term but a move back to the Premier League is not being ruled out, with Manchester United retaining a strong interest. A return to Tottenham, where Bale played between 2007 and 2013, is understood to be unlikely, given the expected finances involved in any potential deal. Bale scored twice as Real thrashed Las Palmas 3-0 in La Liga on Saturday but it remains to be seen whether he is picked for Tuesday's all-important Champions League clash against Juventus.

While Bale was left on for 90 minutes in Gran Canaria, the likes of Cristiano Ronaldo, Toni Kroos, Sergio Ramos and Marcelo were all rested as Zinedine Zidane kept one eye on the quarter-final first leg in Turin.

Bale is no longer an automatic pick for Real's biggest games and sources suggest he was particularly hurt by his omission for the two round of 16 legs against Paris Saint-Germain.

Another snub in Italy this week would be a bitter pill to swallow but the suggestion the Welshman has already made his mind up to leave Real is wide of the mark.

Bale believes he can still regain status as a key player under Zidane, whose own future, albeit strengthened by the wins over PSG, is also by no means guaranteed.

Real think highly of Bale, who became the most capped British player in La Liga history this month and whose conduct on and off the pitch is in keeping with what the club believe to be its values and traditions.

There is also a recognition the 28-year-old would be difficult, and expensive, to replace.

But Zidane's preferred formation against elite opponents is now 4-4-2, with Ronaldo and Karim Benzema up front, and it seems he does not trust Bale to do the defensive work required of a left or right midfielder.

Marco Asensio, Lucas Vazquez and Isco all started ahead of Bale across the two legs against PSG.

Both the club and player understand the current situation is far from ideal and if Bale fails to play his way back into favour under Zidane, he will consider his options in the summer.

Bale's double against Las Palmas took his tally to 14 goals in 30 appearances this season and 10 in 17 since the turn of the year.

Asked whether Bale had played his way into the team to face Juventus, Zidane said: "We will see on Tuesday, I am happy for his performance and that's it."

Comments
Topics mentioned in this article
Real Madrid Gareth Bale La Liga Football
Get the latest updates on SA vs IND 2021-22, check out the Schedule and Live Score . Like us on Facebook or follow us on Twitter for more sports updates. You can also download the NDTV Cricket app for Android or iOS.