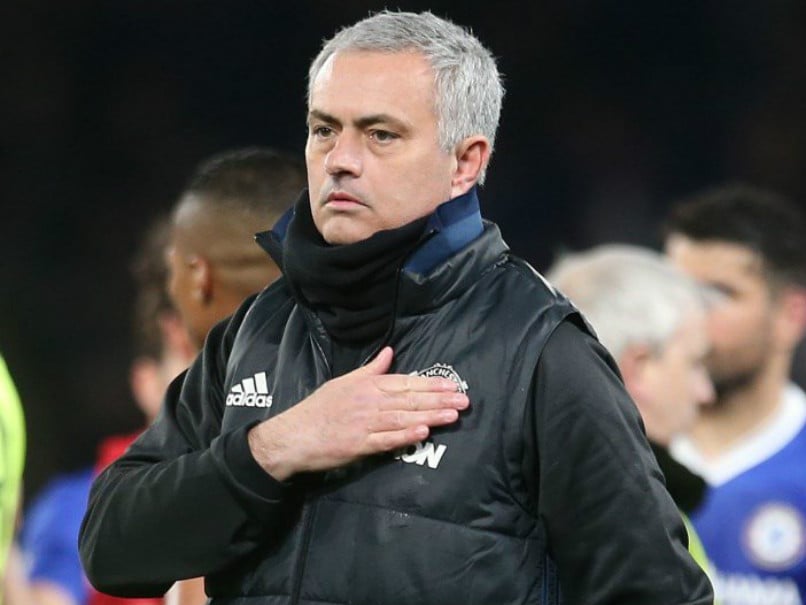 Jose Mourinho says he is totally against international friendlies© Twitter

Manchester United manager Jose Mourinho says he is "totally against" international friendlies following injuries to key central defenders Chris Smalling and Phil Jones on England duty. Mourinho expects to be without five first-team players against West Bromwich Albion on Saturday, including the injured Paul Pogba and suspended Zlatan Ibrahimovic. "I am totally against the friendly matches," Mourinho told Sky Sports, after Jones had to withdraw from the England squad with a toe injury suffered in a training ground clash with Smalling, who pulled out after sustaining a leg injury in the Germany friendly.

Both defenders missed England's 2-0 World Cup qualifying win over Lithuania, leading Mourinho to question the need for friendlies during the season.

"I think friendly matches for the national team only make sense before the final phases," he said.

"On top of that the matches are not really big matches so I am not a big fan. But I think one day I will be there so I cannot be very critical."

Mourinho, who had 13 players away on international duty, believes his side will be at a disadvantage when they resume Premier League action at Old Trafford this weekend.

"If you compare our situation with our opponents, West Brom, only one player on international duty," Mourinho told this week's Soccer Saturday programme, underestimating the number of Baggies players who joined up with their national teams in the past fortnight.

"They had time to work, time to rest and prepare. It's going to be hard."

Comments
Topics mentioned in this article
England Chris Smalling Phil Jones Zlatan Ibrahimovic Paul Pogba Football
Get the latest updates on ICC T20 Worldcup 2022 and CWG 2022 check out the Schedule, Live Score and Medals Tally. Like us on Facebook or follow us on Twitter for more sports updates. You can also download the NDTV Cricket app for Android or iOS.