Javier Tebas was also critical of the decision to end France's Ligue 1 season and he compared matches behind closed doors to working on an assembly line. 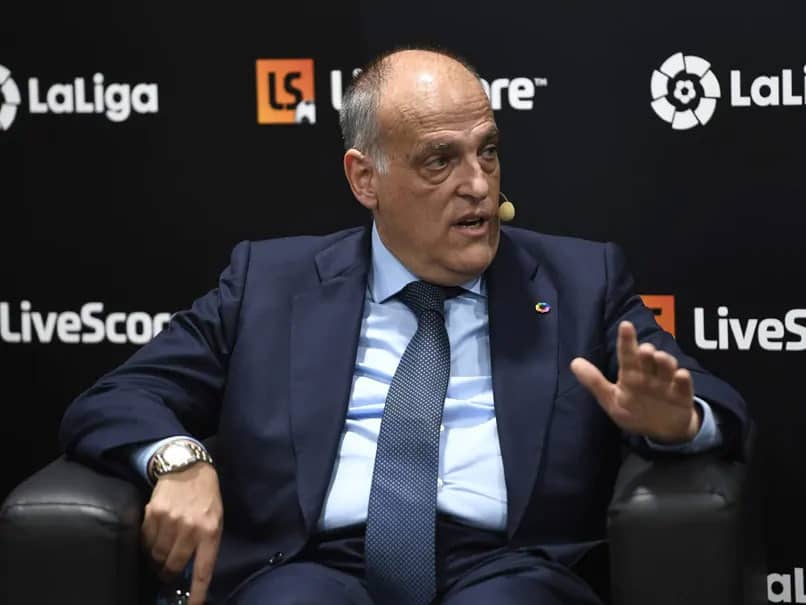 La Liga was suspended indefinitely last month due to the coronavirus.© AFP

"If important economic sectors cannot restart, in a safe and controlled manner, they could end up disappearing. That could happen to professional football," he said.

"In other countries, teams are already training, that's the example to follow. In Spain, football is an important economic driver that we need to reactivate like many others. We continue to focus on this reactivation, in a responsible manner, and adhering to health recommendations, as soon as possible," he added.

Spain's Prime Minister Pedro Sanchez on Tuesday announced that professional athletes, including footballers, may return to limited training from May 4.

La Liga was suspended indefinitely last month due to the coronavirus. Before the suspension, Barcelona was at the top of the standings, closely followed by Real Madrid.

French Prime Minister Edouard Philippe on Tuesday had announced the cancellation of the 2019-2020 Ligue 1 season saying that no "big sporting affairs" can take place in the country until at least September.

On the other hand, Italy's government has given permission to Serie A players for commencing individual training from May 4.