The match was to be played on February 18 in Srinagar but was cancelled after Minerva Punjab pulled out, citing security fears. 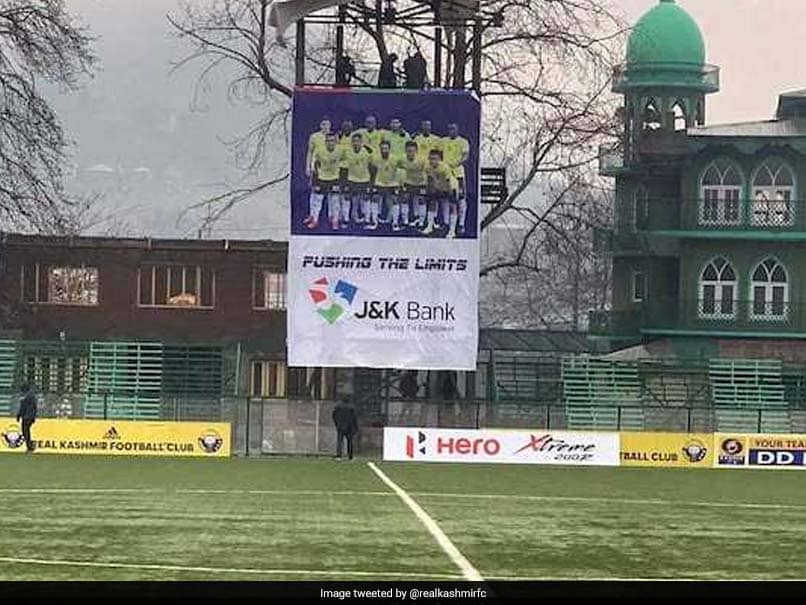 Real Kashmir FC on Wednesday asserted that they will play their I League re-match against Minerva Punjab only if it is held in Srinagar even as speculation was rife that the contest could be shifted to a neutral venue. The match was to be played on February 18 in Srinagar but was cancelled after Minerva pulled out, citing security fears in the wake of Pulwama terror attack which claimed lives of more than 40 CRPF personnel. The All India Football Federation's Emergency Committee had ruled on Monday to reschedule the match at a time and location feasible for AIFF and the participating teams.

Real Kashmir co-owner Sandeep Chattoo said that his club will officially inform the AIFF in a day or two on their preferred date of the re-match but made it clear that the venue will have to be Srinagar.

"It's our home game and the re-match will have to be in Srinagar only. The date can be worked out," Chattoo told PTI from Srinagar. Since it was to be Real Kashmir's home match, the AIFF had asked the I-League debutants to furnish their choice of venue and date.

Asked why Real Kashmir have not yet replied to the AIFF query on the venue and date, Chattoo said, "We will be replying to the AIFF in a day or two. Under protocol, we need to get all the required clearances from the authorities, including about security of players and officials.

"There is also likely to be announcement of general election dates by the Election Commission of India in the next few days. We have a match in Imphal on March 9 and let it get over and the dates of the re-match should be known by then."

I-League CEO Sunando Dhar said that the AIFF was waiting for Real Kashmir's official response on their preferred choice of venue and date of the re-match.

"We are waiting for Real Kashmir response. We are hoping to get it soon and then we will decide on the venue and date," he said.

Dhar had earlier said that the AIFF's plan is to have the re-match before the Super Cup preliminary round starts on March 15. The last scheduled I-League match is on March 9. The February 18 game did not take place after Minerva refused to travel to Srinagar, insisting that their foreign players had been advised against it by their respective embassies in the aftermath of the Pulwama terror attack.

"With the current situation in Kashmir not conducive to conduct a match, and keeping in mind the current extraordinary situation as well as the desire of teams to play football on the field, the match stands rescheduled to be held after March 6, 2019, at a time and location feasible for AIFF, and the participating teams," the AIFF had said in a statement.

(This story has not been edited by NDTV staff and is auto-generated from a syndicated feed.)
Comments
Topics mentioned in this article
iLeague Football
Get the latest updates on India vs Australia Series, check out the India vs Australia Schedule for 2020-21 and Ind vs Aus live score . Like us on Facebook or follow us on Twitter for more sports updates. You can also download the NDTV Cricket app for Android or iOS.