Minerva Punjab To Get Re-Match Against Real Kashmir: AIFF

The fixture was originally scheduled for February 18 but did not take place after Minerva Punjab refused to travel to Srinagar. 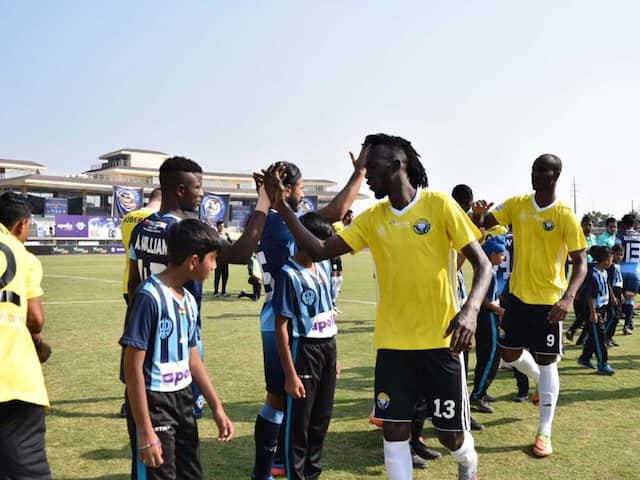 Minerva Punjab FC pulled out of their I-League clash against Real Kashmir in Srinagar.© I-League

Defending champions Minerva Punjab FC, who pulled out of their I-League clash against Real Kashmir in Srinagar citing security concerns, will get a re-match against the debutants, the All India Football Federation (AIFF) has decided. The game was originally scheduled for February 18 but did not take place after Minerva refused to travel to Srinagar, insisting that their foreign players had been advised against it by their respective embassies in the aftermath of the Pulwama terror attack.

Minerva said the AIFF failed to give written security assurances that were sought by the club after the terror attack which killed more than 40 CRPF personnel.

"The AIFF Emergency Committee on Monday decided that there will be a re-match of Real Kashmir and Minerva Punjab but the date and venue is yet to be decided," I-League CEO Sunando Dhar told PTI.

"We have communicated this to Real Kashmir (since they are the host team) and we will take a decision (on the venue and date) after they give a reply. The plan is to have the match before the Super Cup preliminary round starts (on March 15).

"I don't want to say anything on date and venue now," he added. Real Kashmir had turned up for the game last month, asserting that all the security arrangements were in place and they be awarded the three points after Minerva's no-show.

Minerva went on to argue that their pullout could not be considered a forfeiture as it was security grounds. The club refused to forego the three points, taking the matter to the Delhi High Court. The court asked Minerva to go back to the AIFF I-League Committee for a resolution.

The decision to have a re-match was, however, taken by the AIFF's Emergency Committee. The League Committee had referred the matter to emergency panel, which comprises the AIFF President, five vice-Presidents and the Secretary General.

Asked if there was still a chance of the match being held in Srinagar, Dhar said, "Let us wait for what Real Kashmir wants, in their reply." Both the clubs are already out of title contention.