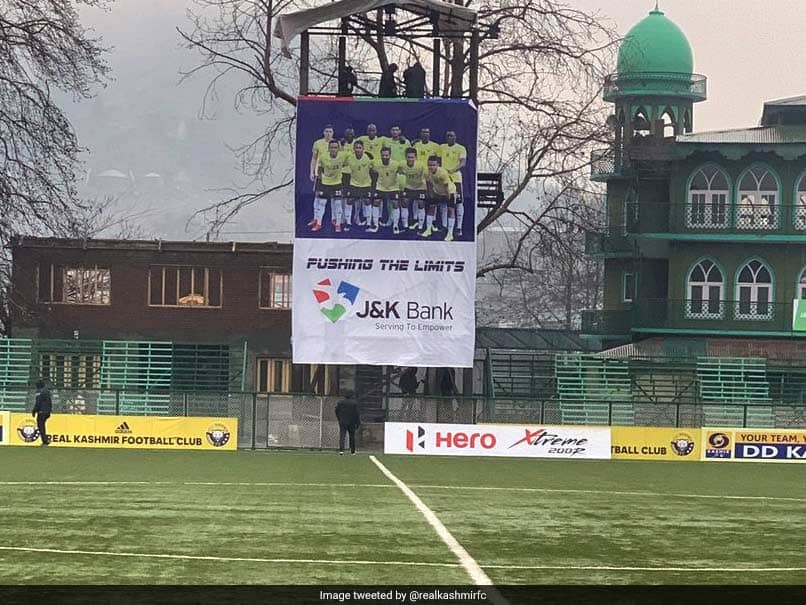 East Bengal's I-League game against fellow title aspirants Real Kashmir FC was on Monday shifted to New Delhi from Srinagar due to security reasons in the wake of the Pulwama terror attack. The All India Football Federation (AIFF) committee also referred the matter of Minerva Punjab FC's boycott of their I-League game in Srinagar, owing to the Pulwama terror attack, to the AIFF's Executive Committee. The Real Kashmir match was scheduled to take place on February 28 in Srinagar. The venue has been changed but the date of the clash remains unchanged.

"... RKFC informed in writing that in view of the current uncertainty prevailing in Kashmir due to Article 35A, they want to play their forthcoming Hero I-League match against Quess East Bengal on February 28, 2019 in a neutral venue like New Delhi. Accordingly, the Committee decided to shift the match to Delhi," the All India Football Federation (AIFF) said in the statement.

Article 35A provides special rights and privileges to permanent residents of the state, something which has triggered a fierce political debate right now. East Bengal had persistently conveyed security concerns about their February 28 game in the valley.

The other issue confronting the committee was defending champions Minerva's pullout from their match in Srinagar. Justifying its withdrawal, the club had stated that it was not provided written security assurances. However, it refused to give up on points.

"A decision on the Real Kashmir-Minerva game that did not take place after Minerva Punjab refused to travel to Srinagar in the wake of the Pulwama terror attack will be made as soon as possible, before the league concludes," an AIFF official told PTI.

"After due deliberation, the Committee keeping in view the Hero I-League regulations, decided to refer the matter to the AIFF Executive Committee for a decision," a statement from the apex body read.

Minerva had filed a writ petition in Delhi High Court in anticipation that the AIFF might award three points to Real Kashmir, counting their withdrawal as a forfeiture.

However, the court asked the club to take the matter to the League Committee.

"The Committee gave a hearing to representatives from both Real Kashmir FC, and Minerva Punjab FC over MPFC not turning up in Srinagar on February 18, 2019 for their Hero I-League match against RKFC.

"RKFC in their letter also reiterated that this uncertainty was not prevalent in Srinagar for the period from February 16-19, 2019," the AIFF stated.

Comments
Topics mentioned in this article
iLeague Football
Get the latest updates on India vs Australia Series, check out the India vs Australia Schedule for 2020-21 and Ind vs Aus live score . Like us on Facebook or follow us on Twitter for more sports updates. You can also download the NDTV Cricket app for Android or iOS.