Justice Vibhu Bakhru was told by the counsel for Minerva Punjab that the League Committee's meeting is scheduled for February 25. 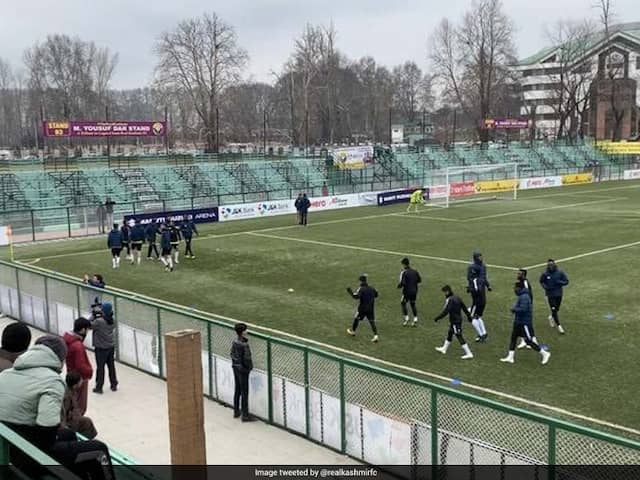 Minerva Punjab informed the Delhi High Court Friday that AIFF's refusal to its request for postponing I-League match against Real Kashmir FC in Srinagar following Pulwama terror attack, has been referred to the League Committee. The court then disposed of the petition as it was withdrawn by Minerva. Justice Vibhu Bakhru was told by the counsel for Minerva Punjab that the League Committee's meeting is scheduled for February 25 where the issue will be addressed. Minerva Punjab, through advocates Abhimanyu Tiwari and Amitabh Tiwari, had approached the high court challenging the All India Football Federation's (AIFF) refusal to postpone their I-League match against Real Kashmir FC in Srinagar on February 18.

Minerva had not shown up for their clash against a ready RKFC in Srinagar, asserting that the home club and the AIFF failed in providing written security assurances in the wake of the Pulwama terror attack.

The sequence of events is a fallout of February 14 attack in which at least 40 CRPF paramilitary troopers were killed and several injured. It has been termed the deadliest terrorist strike in three decades in Jammu and Kashmir.

The I-League defending champions had filed the plea challenging AIFF's refusal to either move the match to some other venue or postpone it, on February 18 itself.

In the plea, Minerva has accused the AIFF of acting arbitrarily and said the federation's rejection of its request to postpone the match was against the principles of equity and are violative of the I-League regulations 2018-19 and the FIFA Safety Guidelines.

"The AIFF is acting arbitrarily and without reason, as earlier in the month the match between Real Kashmir FC and East Bengal was postponed on account of snow whereas the present situation is much more serious and lives of the players and the spectators are at risk," it had said.

"Minerva's fears are well-founded and a request to postpone the match by 2 weeks would not affect any party especially in light of the fact that it has been done before for completely avoidable reasons," it had said.

The Punjab club had also said the AIFF has not taken into account the e-mails sent by them wherein they have categorically stated that the international players on their roster have been advised by their respective countries to not travel to the state of Jammu and Kashmir.

"If AIFF can postpone the match with East Bengal due to snow then they should have taken the lead and postponed the match for 7-10 days," the plea had said.

"It's ironical that the entire world plays football on snow but on that pretext the match with East Bengal was postponed by almost 3 weeks. The decision smacks of hypocrisy on AIFF's part.

"The decision of AIFF not to postpone the match is akin to forcing the players and spectators to play Russian Roulette with their lives," it had said.

The AIFF has not yet called the match a forfeiture by Minerva and has referred the matter to its I-League Committee. As per FIFA rules, a forfeiture leads to the awarding of full points to the side which shows up, in this case, Real Kashmir.