Claiming that they were not given the written security assurances they sought, Minerva Punjab did not travel to Srinagar for the I-League game. 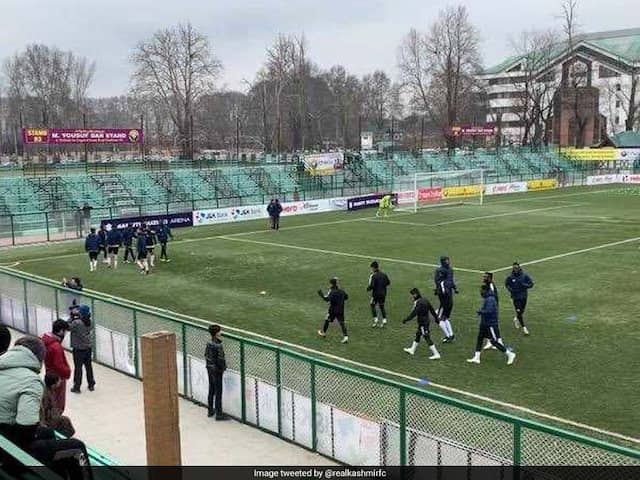 Defending I-League champions Minerva Punjab FC on Monday moved the Delhi Hight Court after the All India Football Federation (AIFF) refused to relocate their match against Real Kashmir FC in Srinagar in the wake of the Pulwama terrorist attack. Claiming that they were not given the written security assurances they sought, Minerva Punjab did not travel to Srinagar for the game, even as the host team players and match referees turned up at the TRC Turf Ground in their jerseys.

Interestingly, the AIFF has not declared the match as forfeiture till now. According to FIFA guidelines, in the event of a forfeiture, full points are awarded to the team turning up for the game.

"We have filed a writ petition in the Delhi High Court, seeking relief so that we are not forced to play in Srinagar at this volatile time," Minerva Punjab FC owner Ranjit Bajaj told PTI.

"Even today there was a 12-hour encounter where four Army men have been martyred. And they are saying 'come and play football here'. Unless the court intervenes, we are not expecting natural justice."

In a statement, I-League CEO Sunando Dhar said, "The local security authorities in Srinagar have given a go ahead to hold the match. The AlFF has assured of all the necessary arrangements for players and officials by the local authority."

He added that the "whole security arrangement of the players from the airport to the team hotel and from travelling from the hotel to the ground and return, everything was taken care of."

The fate of the February 28 match between East Bengal and Real Kashmir, scheduled to be played in Srinagar, has also come under the cloud.

"It's very unfortunate that the match could not take place today at TRC, we had made all the necessary arrangements for the visiting team and had got the local authorities supporting us. Despite apprehensions, a lot of locals turned up for the match."

On Thursday, at least 40 CRPF paramilitary troopers were killed while several others injured in what is being termed as the deadliest terrorist strike in three decades in Jammu and Kashmir.