Minerva Punjab FC had asked AIFF for a change of venue or date for their match in Srinagar vs Real Kashmir in the light of the Pulwama terror attack. 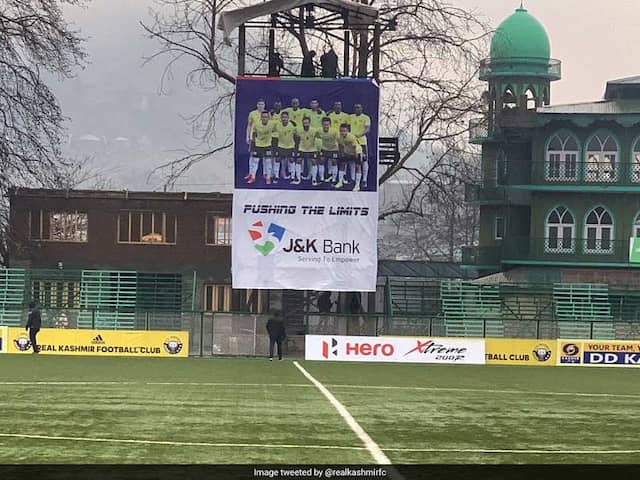 With uncertainty continuing over the I-League encounter between Real Kashmir FC and Minerva Punjab FC, which was slated to take place today, the fate of the February 28 Real Kashmir match against East Bengal, also scheduled to be played in Srinagar, has come under the cloud. The East Bengal match, earlier scheduled to be played on February 10, was postponed to February 28 owing to bad weather and ground conditions. Before Minerva Punjab FC asked for a change of venue or date in the light of the Pulwama terror attack, East Bengal club officials after their match against Shillong Lajong FC on Thursday, had appealed to the All India Football Federation (AIFF) for either a change of date or venue.

Now that Minerva have decided to take the legal route if the AIFF decides to give full points for the match to Real Kashmir, East Bengal officials are also mulling to go the same route.

"If three points are given to Real Kashmir for the match despite failing to provide security assurance, then we will appeal the decision and consider moving court for relief," Minerva Punjab had said in a club statement.

Debabrata Sarkar, an influential East Bengal club official, said: "When the state is facing so many problems and there is curfew, we do not understand why AIFF is so adamant about holding the match in Srinagar.

"I don't know what Minerva is going to do, but we may also think of going to court if the venue or date of the match is not changed."

It is learnt that East Bengal have also appealed to the state federation and sought help of the state's Sports Minister in this regard.

As East Bengal and Real Kashmir are both title contenders, it will be interesting to see what step the AIFF takes regarding the match.

Comments
Topics mentioned in this article
iLeague Football
Get the latest updates on IPL 2020, check out the IPL Schedule for 2020 and Indian Premier League (IPL) Cricket live score . Like us on Facebook or follow us on Twitter for more sports updates. You can also download the NDTV Cricket app for Android or iOS.