Southgate's new deal will be rubber-stamped at a Football Association's board meeting on Thursday. 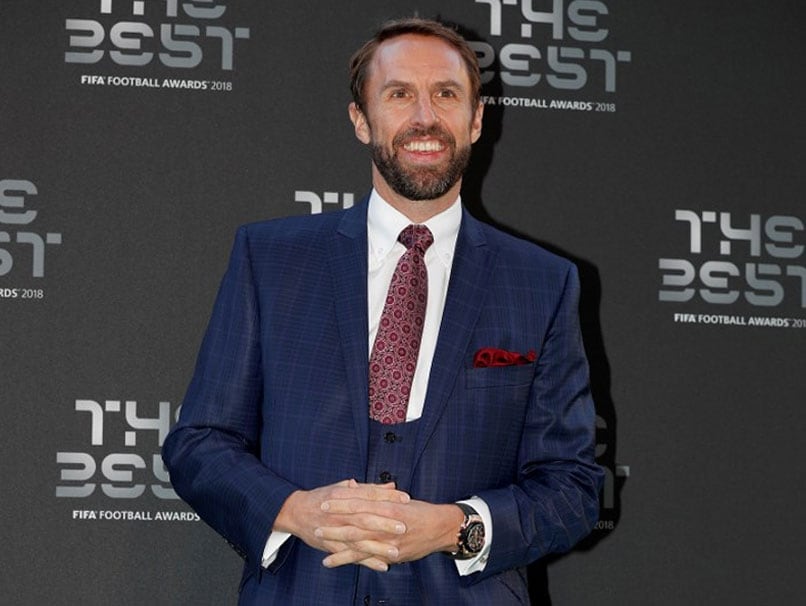 England manager Gareth Southgate is set to sign an improved contract that will pay him around 3 million pounds ($3.9 million) over the next four years, according to reports on Wednesday. Southgate led England to the World Cup semi-finals in Russia earlier this year, but he was coy about his long-term plans when asked at the start of this season. It was claimed Southgate might have been unsettled by the amount of scrutiny the England boss receives, leading to suggestions he might walk away when his present deal expired.

But now the 48-year-old, who was already under contract until Euro 2020, seems certain to remain in charge through to the 2022 World Cup in Qatar.

Southgate's new deal will be rubber-stamped at a Football Association's board meeting on Thursday.

Southgate and the FA have been discussing improving the terms of his contract following England's unexpected run to their first World Cup semi-final since 1990.

The former Middlesbrough boss was said not to be demanding a big pay rise.

But he was aware that former England bosses Fabio Capello, Sven-Goran Eriksson and even his predecessor Sam Allardyce all earned higher salaries.

Having taken the England job after Allardyce's ignominious exit in September 2016, Southgate did enough to earn a permanent contract up until Euro 2020 by leading his country through the World Cup qualifying campaign.

Their run to the last four completely changed the perception of the national team at a time when fans had grown frustrated by decades of failure in major tournament.

While Southgate was unable to lead England to their first title since the 1966 World Cup, their semi-final loss to Croatia didn't spoil the positive mood around his squad.

Once the deal is signed, former England defender Southgate can concentrate on the Nations League fixtures, with trips to Croatia and Spain next on the agenda.

The 47-year-old has held the same role with the national governing body since 2012.

England Football
Get the latest updates on ICC T20 Worldcup 2022 and CWG 2022 check out the Schedule, Live Score and Medals Tally. Like us on Facebook or follow us on Twitter for more sports updates. You can also download the NDTV Cricket app for Android or iOS.