Former Nigeria midfielder Christian Obodo was driving around the southern city of Warri on Sunday when he said two armed men forced themselves inside his car. 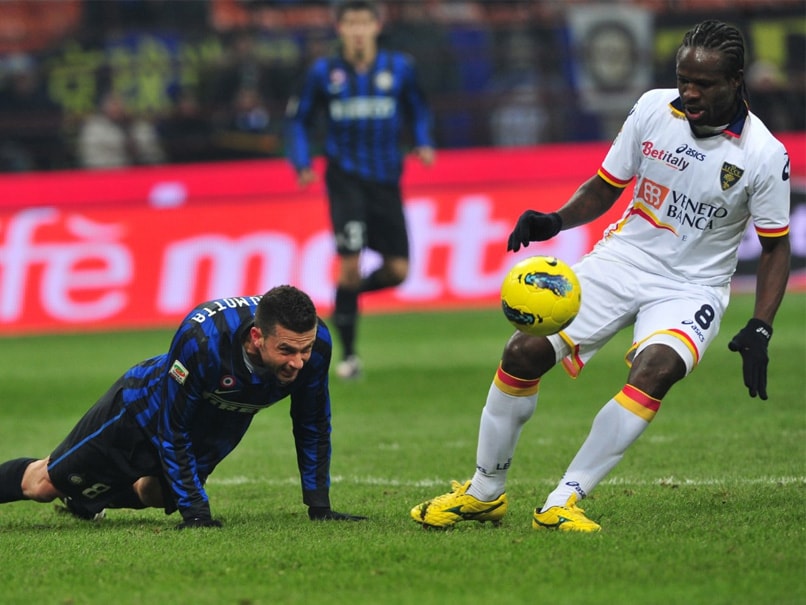 Christian Obodo was abducted in the same area in 2012.© AFP

Former Nigeriamidfielder Christian Obodo, who spent over a decade in Serie A, including spells with Fiorentina and Udinese, said Monday that he had escaped from suspected kidnappers in the country's oil-rich Delta state. Obodo was driving around the southern city of Warri on Sunday when he said two armed men forced themselves inside his car.

"They pushed my girlfriend out of the car," he told AFP by phone, adding that a third gunman drove in a car behind them.

"I was praying and trying to hold a conversation with them asking them what have I done, but they barked at me and told me to keep quiet and that if I make any sound I was going to be killed."

The 36-year-old who was a regular in the Nigeria team between 2003 and 2008, described how they drove around town for several hours until the two men asked him to stop the car and stepped out to go and speak with their accomplice in the car behind.

"I looked behind and sensing a little ease, I sped off," he said.

"I wasn't harmed in any way and nothing was taken from me," said Obodo.

Kidnappings for ransom by criminal gangs are common in Africa's most populous country, in particular in the oil-producing Delta region.

Obodo was 17 when he moved to Italy in 2001 to play for Perugia. He later appeared for Fiorentina, Udinese, Torino and Lecce before moving to Dynamo Minsk in 2014.

Nigeria Football
Get the latest updates on SA vs IND 2021-22, check out the Schedule and Live Score . Like us on Facebook or follow us on Twitter for more sports updates. You can also download the NDTV Cricket app for Android or iOS.