A five-car funeral cortege carrying the body of the World Cup-winning goalkeeper passed through Stoke's stadium. 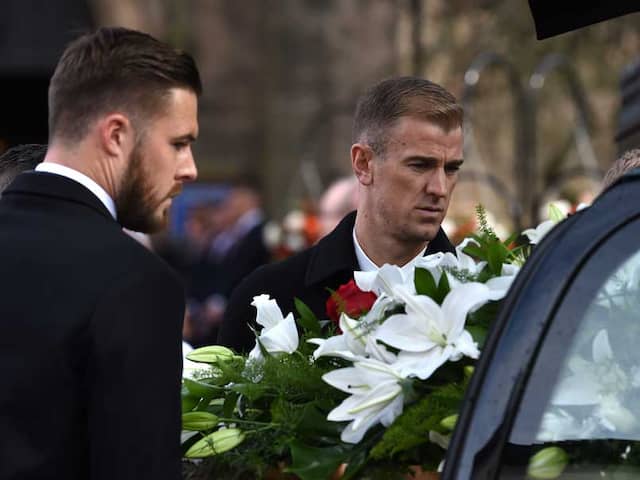 Hundreds of football fans lined the streets to pay tribute to Gordon Banks on Monday as his funeral cortege was driven through Stoke, with former England teammate Geoff Hurst hailing him as a "superstar". A five-car funeral cortege carrying the body of the World Cup-winning goalkeeper passed through Stoke's stadium, stopping at the pitchside dugout for a few minutes. The various achievements of Banks, who also won the League Cup with Stoke and Leicester, were displayed on a big screen as a chant of "England's number one" broke out.

Sheffield-born Banks made nearly 200 appearances for Stoke, in central England, and was named the club's president following the death of Stanley Matthews at the turn of the century.

He was probably best known for a wonderful save he produced to deny Brazilian great Pele in a 1970 World Cup group match.

A statue erected in Banks's honour, holding the Jules Rimet trophy aloft, was decorated with several Stoke and England scarves.

The ground was adorned with shirts, flags and even goalkeeping gloves in tribute to one of the city's favourite adopted sons.

Jack Butland, Joe Anyon and Kasper Schmeichel, the current number ones at the three English clubs Banks played for -- Stoke, Chesterfield and Leicester, as well as England stalwart Joe Hart served for the funeral service at Stoke Minster.

Hurst, who scored a hat-trick in the 1966 World Cup final, delivered a moving eulogy in which he referred to his teammate as "a superstar on the field, (but) off the field he was an ordinary guy with no airs or graces.

"He was a joker, a funny man, for over 50 years and every time we met during our careers or years after he would come up and joke."

Hurst started his eulogy by jokingly referencing his penalty that was saved by Banks in the League Cup semi-final between Stoke and West Ham in December 1971. West Ham were beaten after a replay.

Hurst said: "Gordon Banks... contributed to the worst moment of my footballing career."

As well as Hurst, Bobby and Jack Charlton, both of whom started alongside Banks in the 1966 World Cup final win over Germany at Wembley, were among the attending mourners.

England Joe Hart Football
Get the latest Cricket news, check out the India cricket schedule, Cricket live score . Like us on Facebook or follow us on Twitter for more sports updates. You can also download the NDTV Cricket app for Android or iOS.