Victor Lindelof praised Manchester United after their win vs Liverpool in the FA Cup. They will now take on Sheffield United in the Premier League on Thursday. 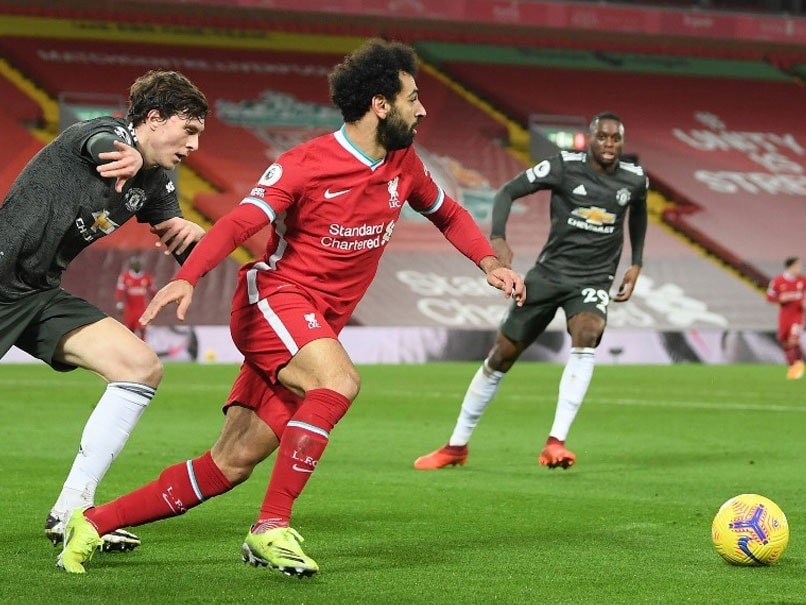 Victor Lindelof vies for the ball with Mohamed Salah during a Premier League fixture.© AFP

After a win over Liverpool, Manchester United's Victor Lindelof said the side remains very calm and looks to be patient on the pitch as they know that they are going to get chances to score. Manchester United beat Liverpool 3-2 in the FA Cup here on Sunday. "We have belief and even if we concede a goal we are very calm and we just try to be patient with the ball because we know we are going to get chances to score," the club's official website quoted Lindelof as saying.

"That is what happened, we conceded a goal but then we kept on going and we won. It was a hard game. We were playing against a tough opponent, but it was very nice to win and go through to the next round, so I am very happy," he added.

During the match, Liverpool's Mohamed Salah opened the scoring in the 18th minute but Mason Greenwood quickly equalised for the home team and Marcus Rashford then handed Manchester United a lead early in the second half.

Salah struck again in the 58th minute, taking the scoreline to 2-2. However, Bruno Fernandes' sublime free-kick 12 minutes from time helped Manchester United progress in the competition.

Praising Greenwood, Lindelof said: "I'm very happy for him [Greenwood]. He is a brilliant young player and for him to get a goal and an assist as well is great for him. Hopefully, he can keep building and he can keep improving."

Manchester United will now take on Sheffield United in the Premier League on Thursday.

Liverpool Victor Lindelof Football
Get the latest updates on ICC T20 Worldcup 2022, check out the Schedule and Live Score. Like us on Facebook or follow us on Twitter for more sports updates. You can also download the NDTV Cricket app for Android or iOS.