James Milner was "gutted" after Liverpool "didn't get the job done" in their 3-2 FA Cup loss to Manchester United on Sunday. 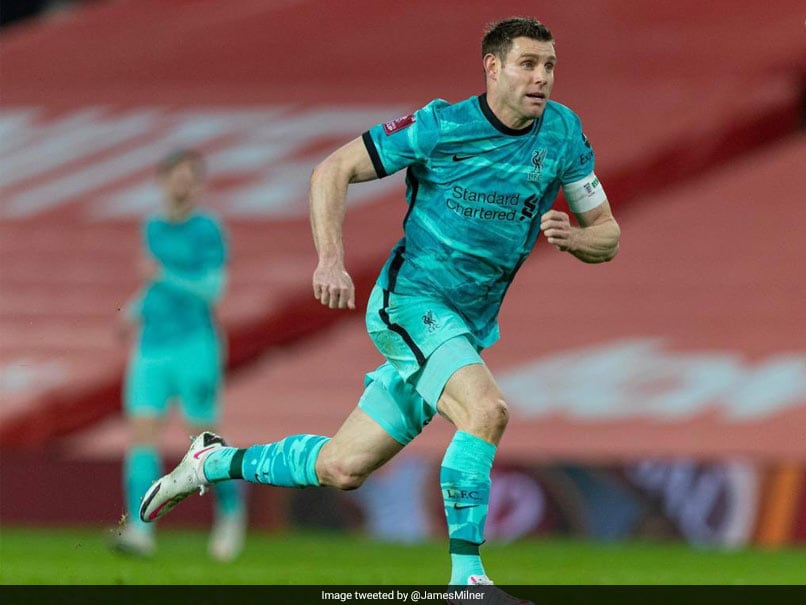 James Milner was disappointed at Liverpool's loss to Manchester United in FA Cup on Sunday.© AFP

Liverpool's James Milner said he is "gutted" after losing to Manchester United in the FA Cup, adding that his team should now start preparing for the upcoming match against Tottenham. Liverpool suffered a 3-2 defeat to Manchester United in the FA Cup in Manchester on Sunday. "No second chances in knockout football. Gutted we didn't get the job done. Have to look forward now, a job to do on Thursday," Milner tweeted.

No second chances in knockout football. Gutted we didn't get the job done. Have to look forward now, a job to do on Thursday #YNWA pic.twitter.com/RMiZur72E9

During the match, Liverpool's Mohamed Salah opened the scoring in the 18th minute but Mason Greenwood quickly equalised for the home team and Marcus Rashford then handed Manchester United a lead early in the second half.

Salah struck again in the 58th minute, taking the scoreline to 2-2. However, Bruno Fernandes' sublime free-kick 12 minutes from time helped Manchester United progress in the competition.

Reflecting on the match, Liverpool manager Jurgen Klopp said that his side was not at their "absolute top" and made "decisive mistakes".

"It's not what we wanted, so it's frustrating. If you want to win tonight, you have to play at your absolute top. We weren't on our absolute top, but we made a lot of steps in the right direction," the club's official website quoted Klopp as saying.

"The start of the game was good, but then we made decisive mistakes; around the first goal United scored, we had too many options offensively and no protection.

"We lost the ball and then there was a counter-attack. It was not the first counter-attack in the game, so we have to improve that," Klopp added.

Liverpool will now take on Tottenham in the Premier League on Friday.

Manchester United James Milner Football
Get the latest updates on IPL Auction 2023 and check out  IPL 2023 and Live Cricket Score. Like us on Facebook or follow us on Twitter for more sports updates. You can also download the NDTV Cricket app for Android or iOS.