Mason Greenwood and Phil Foden were omitted from Gareth Southgate's squad on Thursday after being sent home from Iceland last month for a breach of coronavirus rules. 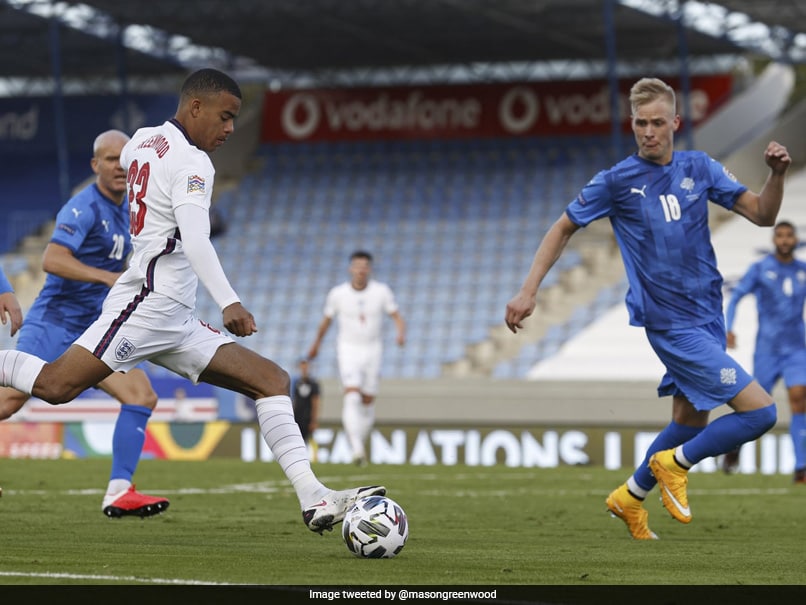 Ole Gunnar Solskjaer hailed Mason Greenwood as one of the top strikers of the future for England.© Twitter

Manchester United manager Ole Gunnar Solskjaer has backed Gareth Southgate's decision to leave teenage forward Mason Greenwood out of the England squad for upcoming international matches. Greenwood and Manchester City's Phil Foden were omitted from Southgate's squad on Thursday after being sent home from Iceland last month for a breach of coronavirus rules. Ignoring the pandemic protocols, Greenwood, 19, and Foden, 20, invited local women back to the England team hotel. "Mason is one of the top strikers of the future for England and for sure he is going to play many games for England," Solskjaer told reporters on Friday.

"This now obviously has been a learning curve for him. Mason has to reflect on where he's at and what he needs to do, how to get to where he wants to get to."

Amid criticism from frustrated fans, United continue to be linked with a number of players in the final few days of the transfer window, most prominently Borussia Dortmund's England international forward Jadon Sancho.

But Solskjaer refused to be drawn on why the club have so far failed to land more of their major targets, with Donny van de Beek the only arrival so far.

"I'm not going to go into the transfer window now because of course, my focus is on Sunday's game (against Tottenham) but the club's always working hard to have the strongest possible squad," he said.

"If something happens in or out you'll get to know. We've got players here that we believe in. The transfer window is still open for a little while and the club has been working. They know my view and we're here to strengthen in the long term."

Solskjaer and Tottenham boss Jose Mourinho, the Norwegian's immediate predecessor at Old Trafford, have traded barbs in the run-up to this weekend's Premier League clash in Manchester.

Mourinho pointed to the number of penalties United have been awarded and Solskjaer made a dig about Spurs' bye in the League Cup because of a spate of coronavirus cases at their opponents, League Two club Leyton Orient.

"We are in strange times at the moment and sometimes you've got to have a bit of fun," said Solskjaer. "It's just a couple of innocent comments."

"For me, Jose is a very charismatic coach. You in the media enjoy talking to him and I've enjoyed watching him. He's a winner."

"I'm not one of those that really goes into all the mind games. I've got ultimate respect for him as a coach and of course the results and everything he has given football."

England Football
Get the latest updates on Fifa Worldcup 2022 and check out  Fifa World Cup Schedule, Stats and Live Cricket Score. Like us on Facebook or follow us on Twitter for more sports updates. You can also download the NDTV Cricket app for Android or iOS.