Manchester City will face Watford in the FA Cup final at the London venue on May 18. 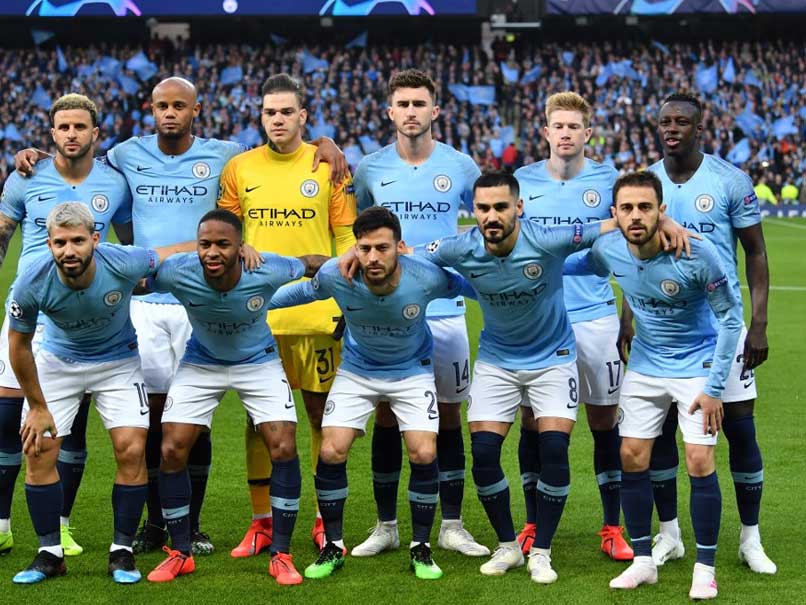 Fans' round-trip to London will be funded by each of the 26 players in the first team squad.© AFP

Manchester City players will pay for 26 coaches to take fans to Wembley next month for the FA Cup final, the Premier League club announced on Friday. "The support from our fans throughout the season has been nothing short of incredible. Travelling to so many games in league and cup competitions, both home and away, is not easy to do and is something that every player in our squad values and appreciates," said captain Vincent Kompany. Manchester City, who have already won the Community Shield and League Cup at Wembley this season, will face Watford in the FA Cup final at the London venue on May 18.

By that time, Manchester City may also be Premier League champions although their hopes of winning the Champions League were dashed in an epic quarter-final loss to Tottenham Hotspur in midweek.

"Although the result was not the one that we had hoped for, it was very special to hear our fans in full voice for ninety minutes backing the team," added Kompany.

"We still have so much to fight for this season, and this is our way of saying thank you to them for being with us every step of the way."

The coaches for the 420 mile (680km) round-trip to London will be funded by each of the 26 players in the first team squad.

Meanwhile, Manchester City manager Pep Guardiola will target the quadruple again next season with Manchester City despite the disappointment of this week's Champions League exit against Tottenham.

The former Barcelona and Bayern Munich boss whose City side, thanks to a quirk of the fixture list next play Tottenham again in the Premier League on Saturday, added: "Who knows what's going to happen in the future? The present is this game and I will try.

"I will dream next season of fighting for the four titles, that's my dream."

Tottenham Hotspur Football
Get the latest updates on IND vs NZ 2021, check out the Schedule and Live Score . Like us on Facebook or follow us on Twitter for more sports updates. You can also download the NDTV Cricket app for Android or iOS.