Europa League: Arsenal's Match Against Benfica Switched To Greece Due To Covid Restrictions

Europa League: Arsenal's second leg match against Benfica on February 25 will be played in Greece, UEFA announced on Friday. 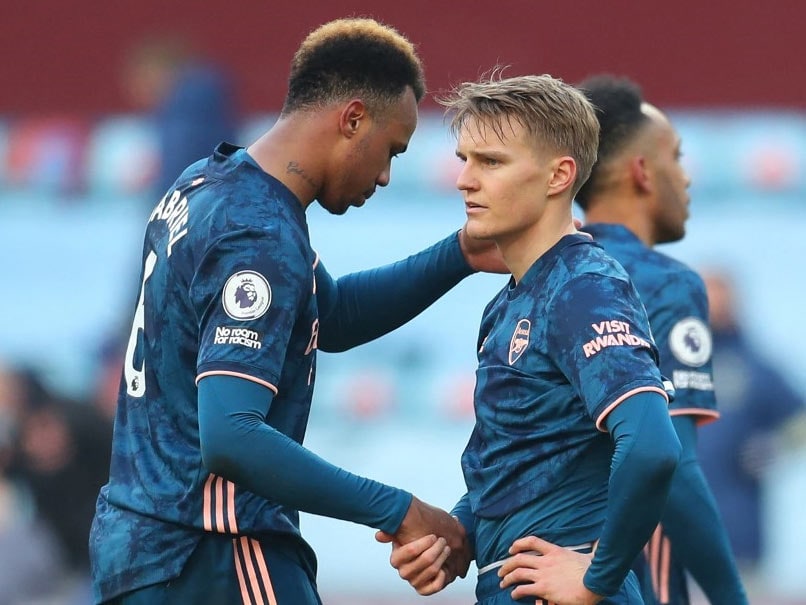 Arsenal's Europa League match against Benfica will be played in Greece.© AFP

The venues for Europa League ties involving both Arsenal and Tottenham have been switched because of Covid-19 restrictions, UEFA announced on Friday. Arsenal's second leg against Lisbon giants Benfica on February 25 will be played in Greece. The game will be played at the Georgios Karaiskakis stadium of Olympiakos at 1755 GMT. The first leg of the last 32 tie on February 18 had already been switched from Lisbon to the Stadio Olimpico in Rome.

The moves were made necessary after the British government toughened Covid-19 restrictions and ruled that only essential travel to and from Portugal would be permitted, and suspended flights between the countries.

The tie is one of several upcoming European clashes moved because of travel restrictions.

Tottenham's Europa League first leg away to Wolfsberger will be played at the Puskas Arena in Budapest because of restrictions on entry into Austria.

The stadium had already been announced as the venue for Champions League first-leg games between RB Leipzig and Liverpool, and Borussia Moenchengladbach and Manchester City, which could not be played in Germany.

Two games between English and Spanish clubs have also been moved after the Spanish government extended a ban on arrivals by air from countries including the UK until March 2 because of new virus variants.

Manchester United's Europa League last 32, first leg away to Real Sociedad has been switched from Spain to Turin, where it will take place at the Allianz Stadium, home of Juventus.

Benfica Football
Get the latest updates on T20 World Cup, check out the T20 World Cup Schedule and Live Score . Like us on Facebook or follow us on Twitter for more sports updates. You can also download the NDTV Cricket app for Android or iOS.