Pep Guardiola Demands Manchester City Do Not Ease Up

Manchester City broke the English record for a top-flight club for consecutive wins by beating Swansea City in midweek to reach the FA Cup quarter-finals, and keep up their quest for a quadruple of trophies. 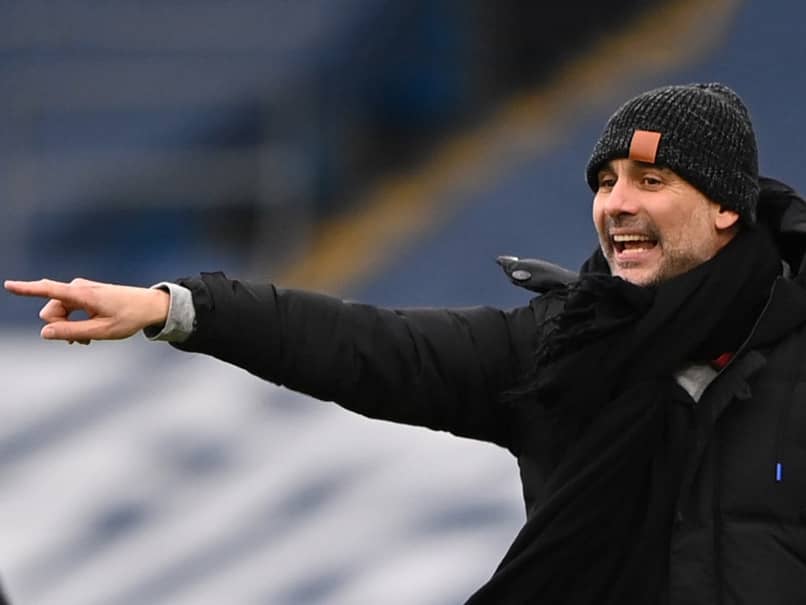 Pep Guardiola's men hold a five-point lead at the top of the Premier League table.© AFP

Pep Guardiola wants his Manchester City stars to forget about their record-breaking run of 15 straight victories, when Tottenham visit the Etihad on Saturday, aiming to halt their charge towards the Premier League title. City broke the English record for a top-flight club for consecutive wins by beating Swansea in midweek to reach the FA Cup quarter-finals, and keep up their quest for an unprecedented quadruple of trophies. Guardiola's men hold a five-point lead at the top of the table, with a game in hand over second-placed Manchester United.

They also face Spurs again in the League Cup final in April and resume their attempt to win the Champions League, for the first time against Borussia Monchengladbach in the last 16 later this month.

"The 15 games in a row winning doesn't help us to start 2-0 up before the start of the game," said Guardiola at his pre-match press conference on Friday.

"It helps us to be where we are but no more than that. For statistics it is nice, but statistics don't help to win the next one."

Tottenham were the last team to beat City, 22 games ago.

That 2-0 victory in early November took Jose Mourinho's men top of the table, but a run of four wins in 13 league games since has seen Spurs slide to eighth.

However, City have not beaten Tottenham in their last three meetings.

"We lost that day because they were better in many aspects than us in that game. Spurs' quality showed more often than our qualities," added Guardiola.

"You see the quality of the players they are and of course the manager. We have to do better to beat them."

Tottenham Hotspur Pep Guardiola Jose Mourinho Football
Get the latest updates on IPL 2021, IPL Points Table , IPL Schedule 2021 , live score . Like us on Facebook or follow us on Twitter for more sports updates. You can also download the NDTV Cricket app for Android or iOS.