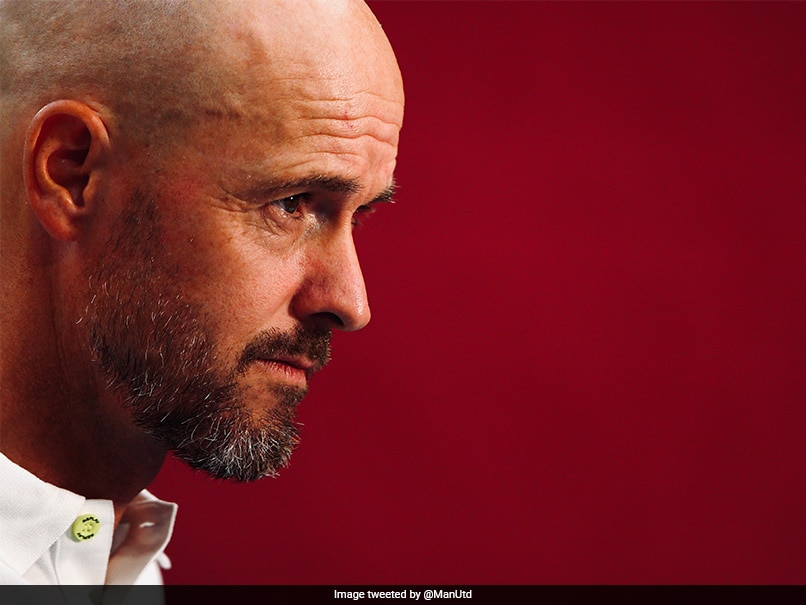 Erik ten Hag will become Manchester United manager next season, tasked with turning around nearly a decade of decline since legendary former manager Alex Ferguson retired. The Red Devils have not won a trophy in five years and are unlikely to even qualify for next season's Champions League. Cristiano Ronaldo was welcomed back to Old Trafford as a hero in August with United fans dreaming of challenging Manchester City, Liverpool and Chelsea for the Premier League title.

Instead, United find themselves outside the top four heading into the final weeks of the season despite the five-time Ballon d'Or winner scoring 21 goals. Ronaldo has been pinpointed as one of the reasons for United's failings out of possession, but a 4-0 thrashing at the hands of Liverpool in his absence on Tuesday showed there is far more going wrong.

ThePortuguese still has one year left to run on his contract, but at 37 is unlikely to want to spend one of his remaining years at the top level outside the Champions League.

A parting of the ways could be in the interests of all parties as it would free up funds for Ten Hag to invest in younger legs more suited to the style of play he implemented at Ajax.

However, former United boss Louis van Gaal warned his compatriot that the Red Devils are now a "commercial club" and keeping a global superstar like Ronaldo on the books would be in the interests of United's sponsors.

Ten Hag will be United's sixth manager in nine years since Ferguson departed.

In that time they have swung from the possession-based football of Van Gaal, to the physical approah ofJose Mourinho, a counter-attacking style favoured by Ole Gunnar Solskjaer before the godfather of German pressing,Ralf Rangnick, was appointed on an interim basis until the end of the season.

United need only look to their fiercest rivals for a lesson in how stability breeds success.

Manchester City and Liverpool are slugging it out for Premier League and Champions League honours thanks to years of work under Pep Guardiola and Jurgen Klopp respectively.

"The headline of everything was 'how do we want to play?' Underneath this headline in every transfer window, they created the team they have in both clubs," said Rangnick on City and Liverpool's long-term thinking.

Ten Hag needs to impose his identity on United and be given the right players to carry it out rather than an incoherent collection of star names.

Paul Pogba, Edinson Cavani, Jesse Lingard and Juan Mata are all expected to leave for free when their contracts expire at the end of the season, while Nemanja Matic has already declared his upcoming departure.

United may also look to move on the likes of Phil Jones andEric Bailly, but all seven of those names departing would leave them with just 18 senior players, three of whom are goalkeepers.

Rangnick hinted as many as 10 new players may be required.

Give youth a chance

Ten Hag followed the Ajax tradition of blooding and improving talent from the club's fabled academy.

Frenkie de Jong, Matthijs de Ligt and Donny van de Beek were stars of the side that reached the Champions League semi-finals in 2019 before being sold on.

United's own tradition of producing their own players has faded as the club have repeatedly turned to trying to spend their way out of trouble in the transfer market.

Even those that have made the grade in the first team such as Marcus Rashford, Scott McTominay and Dean Henderson have regressed during what should be their prime years.

Ten Hag also has a history of working with young players from two years at Bayern Munich's reserve team, and leaning on the academy could inject some much-needed hunger and dynamism into the United squad.

Even the most optimistic United fan can hardly expect a Premier League title in Ten Hag's first season as he goes up against City and Liverpool.

But five years without any silverware is too long for a club of United's size.

The domestic cup competitions are the easiest route to ending that drought and should be targeted for Ten Hag to quickly give the fans back some hope.

Manchester United Football English Premier League
Get the latest updates on ICC T20 Worldcup 2022, check out the Schedule and Live Score. Like us on Facebook or follow us on Twitter for more sports updates. You can also download the NDTV Cricket app for Android or iOS.